Namma Metro security cover to soon get a boost

30 more KSISF personnel will be deployed 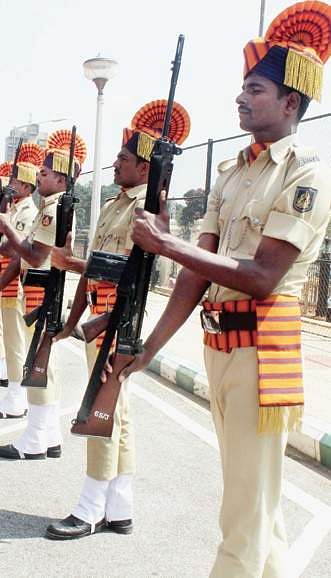 Since June 2016, these personnel have been guarding Metro stations. Director General of Police of Internal Security Neelamani N Raju chose to remain tightlipped when asked for details. BMRCL Managing Director Pradeep Singh Kharola did not respond to repeated calls.

The DGP also held a high-level meeting on Wednesday with top officials from BMRCL, Railways, Intelligence, Railway Protection Force and the Government Railway Police. “In light of a spate of sabotage attempts on railway tracks in North India recently, we decided to hold a meeting to review the security here,” he said.

The top cop said Railways has been asked to invest in technology to avert accidents. “Technology has advanced such that if it can be used along railway tracks with CCTVs, it can send an alert in case there is a rail fracture or fish plates have been removed from the tracks,” he said.

Railways have also been asked to hold sensitisation programmes among its track workers, Dutta said. “Railways has been an easy target and Metro is vulnerable to such attacks,” he said.

Senior Divisional Engineer Co-ordination, Lakshman Singh, who represented Railways at the meeting, said, “Deployment of such technology on the tracks requires huge investment. It is a policy decision and needs to be taken by the Railway Board.”

Stressing that maintenance of security along railway tracks has to be taken care of, Singh said, “There is a need to deploy more local police and Government Railway Police along tracks by the state government.”