Fossil tree from the time of dinosaurs

Gymnosperms, are one of the oldest groups of plants, have successfully evolved to sustain themselves on Earth even after 200 million plus years. Therefore, they are fondly known as Living Fossils!

BENGALURU: Gymnosperms, are one of the oldest groups of plants, have successfully evolved to sustain themselves on Earth even after 200 million plus years. Therefore, they are fondly known as Living Fossils!

Cycas circinalis L., is one such Cycads of the Gymnosperms that have survived till today. It is known for its evolutionary importance and medicinal properties. Owing to its aphrodisiac properties, it is called Madana Kama Poo in Tamil, Madan Mast Ka phul in Hindi and Madan kamakshi in Telugu. Hintalah is the name in Sanskrit. It is popularly known as Queen Sago in English 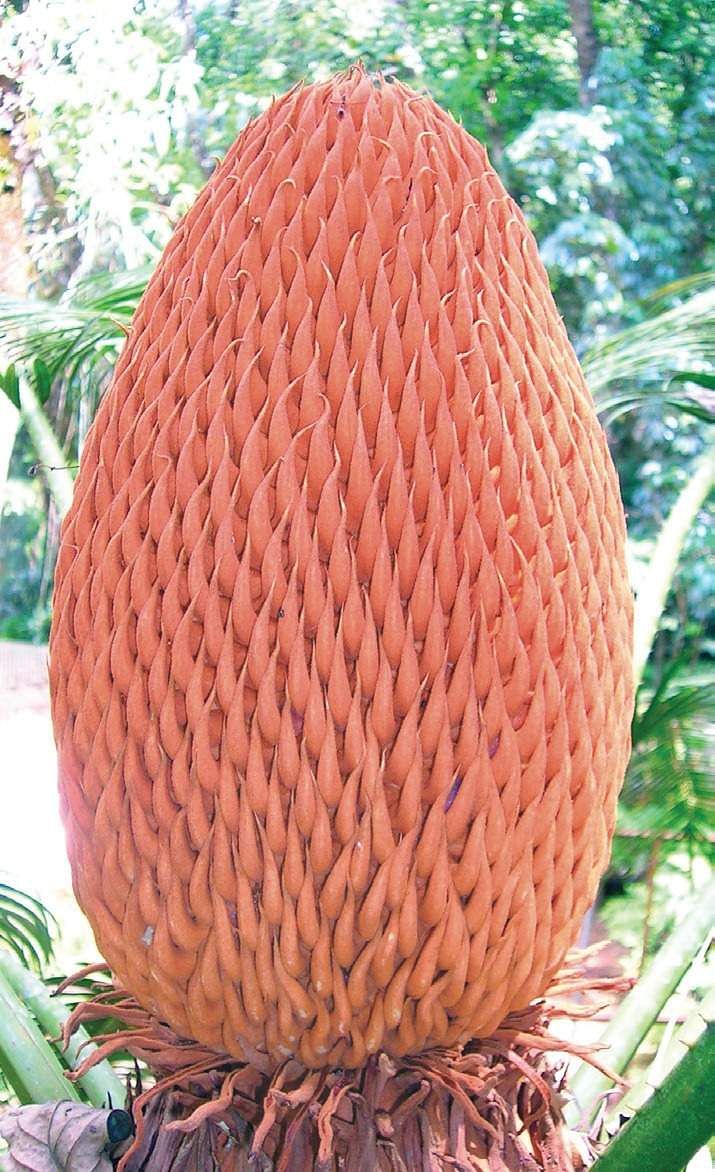 The scientific name Cycas is Greek word which means ‘a kind of palm’ and the word circinalis comes from the Latin word for coiled and refers to the coiled tender leaves.

Queen Sago is a handsome, palm-like and evergreen tree that grows up to 12 metres in height. Its trunk is un-branched usually and cylindrical with persistent leaf-scars and has a large crown of compound leaves which are 1-3 m long. Leaflets about 60-100 pairs are arranged oppositely.

Its population is restricted only to the Western Ghats, yes, it is a tree endemic to southern India. IUCN estimates that 70 per cent of its population vanished recently due to habitat loss and high trade and hence assigns the Red Status ‘Endangered’.