There were 51 healthy lakes in the central parts of the city in 1985, but the number has now come down to just 17

BENGALURU: Of the 837 lakes in Bengaluru Urban district, 88 lakes covering an area of 1,307 acres have completely disappeared from the map over the years, says the House committee report on lake encroachment. It notes that while there were 51 healthy lakes in and around central Bengaluru in 1985, the number has dwindled to only 17 now.The data, according to MLA M Krishnappa, who was a member of the committee, is of the last four decades during which the city witnessed a drastic change in its eco-system. The report has also identified Enzyme Tech Park as the largest encroacher, as 136 acres and 30 guntas have been encroached for the project. 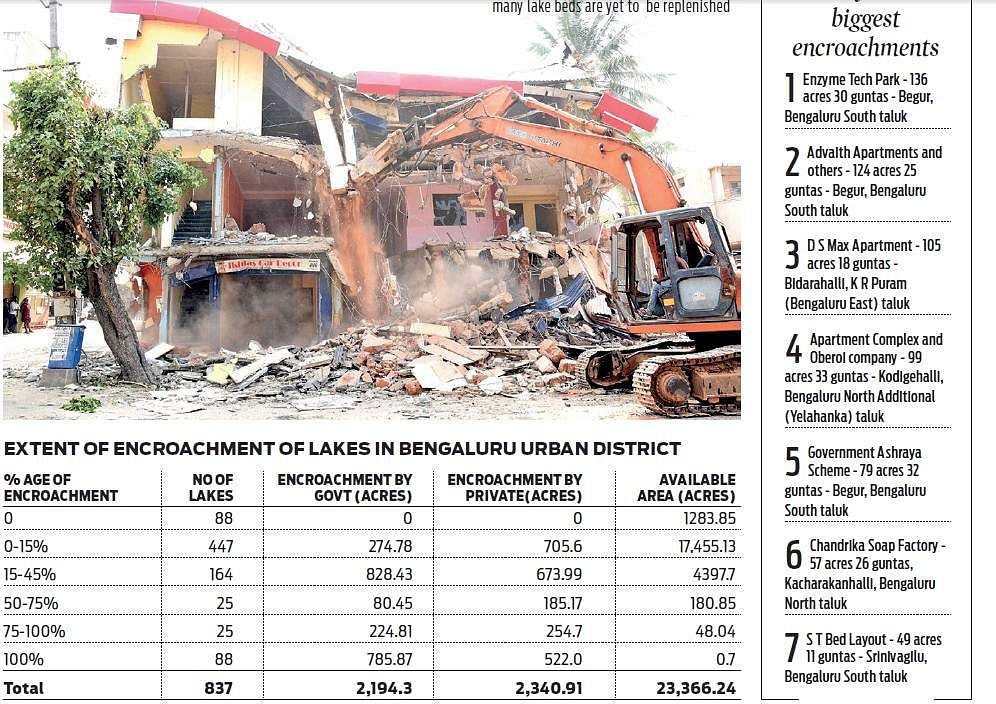 Among the taluks in Bengaluru Urban district, encroachments appear to be more in the Southern part of Bengaluru which has seen rapid urbanisation in the past decade or so. In Anekal taluk, a total of 254 lakes have been encroached upon, of which 218 are still under Panchayat Raj Engineering Department - indicating that the lakes are in areas which were included under Bengaluru recently.In Bengaluru South taluk, 206 lakes have been encroached while in K R Puram, 202 lakes were encroached.

Now we are on Telegram too. Follow us for updates
TAGS
lakes bengaluru