BENGALURU: Parents of a 20-year-old boy tried to ‘exorcise’ their son by making him kill a hen with his teeth. They, then forced him to drink the dead bird’s blood. If you think that this incident occurred in the rural hinterland of the country, then think again. Such superstitions are practised in our very own ultra-modern IT hub of Bengaluru.Even as people observe World Mental Health day today, there are many people,  even in metros, who seek a cure for mental disorders through black magic rather than medical science and medication. 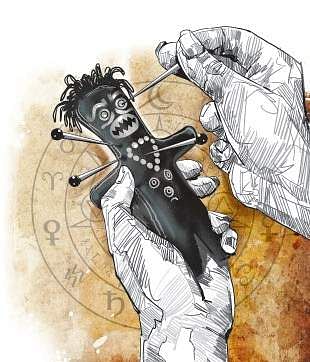 Senior counsellor, Saraswathi shared her experiences with Express. Once, she was approached by parents of 20-year-old who had been clinically depressed. The doctor said that this was because his parents quarrelled frequently. However, he was taken to a ‘black magic practioner’.His parents also took him to a Dargah but nothing worked out.

Someone suspected that the boy was faking illness and suggested that he be taken to the police. When the parents approached the cops, the latter sent the family to the department’s counselling centre. The counsellor told them that the boy was not possessed but ill and must be taken to National Institute of Mental Health and Neurosciences (NIMHANS). At this, the parents got offended and insisted that their son was not mentally ill.

In another case, a woman who suspected her husband’s fidelity kept a lemon under his pillow and mixed ‘sacred’ ash in his coffee, believing it’ll make him stop cheating on her. She even followed him around wearing a Burqa. Her husband had the good sense to take her to a psychiatrist rather than a quack. It turned out that she was suffering from schizophrenia.
“In both cases, we somehow convinced people to get treated by psychiatrists. Thankfully, the patients are recovering now,” the counsellor said.

Psychiatrists said that mental illnesses like clinical depression and schizophrenia are being mistaken for possession by an evil spirit. Dr Jagadeesh Anjanappa, consultant Psychiatrist of Abhaya hospital  said, “Psychotics and culture-bound syndrome are the main reasons which makes people believe in superstition. Social stigma is the reason that makes people seek comfort in superstitions rather than doctors.”

Counselling centre gets over 25 complaints daily
Rani Shetty, co-ordinator of Vanitha Sahayavani, a counselling centre attached to Bengaluru city police said, “Everyday we receive at least 25-30 complaints and most of them are related to marital discords. Most of them depend on black magic rather than doctors. These people get offended when we ask them to approach mental health professionals.”  Psychiatrists say that many mental disorders issues are caused by lack of sleep, stress, anxiety among other issues.

Now we are on Telegram too. Follow us for updates
TAGS
MENTAL ILLNESS Black magic