When Shibu Arakkal isn’t too busy capturing minimalism and finding Zen philosophy in abstract art, the photo artist takes his bike out on long rides.

BENGALURU: When Shibu Arakkal isn’t too busy capturing minimalism and finding Zen philosophy in abstract art, the photo artist takes his bike out on long rides.

For his current series titled “Four”, Arakkal motorcycled through the streets of California to find the perfect shots that would document the last four decades of his life. “Riding is something I do very often. I really enjoyed riding on the Pacific Coast highway with sea on both sides,” he says. It was a beautiful ride, he recalls. 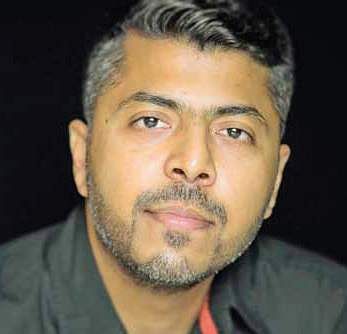 Arakkal is one of the few Indians to have won the ‘Lorenzo il Magnifico’ Gold Prize in Digital Art for his work from ‘Constructing Life’ at the Florence Biennale 2013 in Italy. The photo series focuses on the horizon as a philosophical concept.

“Because other than the horizon, everything else changes. It represents the constants of my life. The horizon splits later which is to signify that in life two halves make a whole,” he says. The series aims to show the dualistic nature of his life.

Arakkal says that when he steps out of his house, people see him as a sophisticated and fashion concious person, which is a contrast to how he is around his family and neighbours.

“My home avatar is a completely different persona. I am usually in my torn denims, old tees and flip flop, taking care of my daughter,”he says.

The photo artist says that the gated community he lives in helps him stay close to normalcy. “Everyone here thinks I am a jobless fellow. I love it,” he says.

Arakkal enjoys being a “nobody” and values this normalcy. He believes that normalcy is the easiest thing to lose and the hardest to go back to. “I value the fact that I can go to a bakery, stand there and enjoy a cup or chair or coffee. They usually see me there as whiling away time,” he adds.

Ask him what his Onam plans are and he responds, “I’ll be in Bengaluru opening my show”. His current series ‘Four’, presented by Karle Town Centre will be hosted at the Time and Space Gallery from September 4 to 24. The artists has dedicated this series to seminal contemporary artist Yusuf Arakkal.

“My dad was much like the horizon, that one constant in my life of past four decades. He was my North Star of four decades,” says Arakkal.

His past works have been showcased in private and institutional collections across India, China, Singapore, Australia, Italy and New York. “I started working on this series in 2013, but I have produced three bodies of work since,” he says. His current work includes the shores of Pacific Ocean, the Arabian Ocean, and the landscapes of the United States and India. California was his favourite place to shoot, while San Francisco he says was a “great place to let loose and party”.