For Jayanthi Kallam, a wildlife rehabilitator and an executive director of  Avian and Reptile Rehabilitation Trust, the destruction of nest is the least of all concerns.

BENGALURU: For Jayanthi Kallam, a wildlife rehabilitator and an executive director of  Avian and Reptile Rehabilitation Trust, the destruction of nest is the least of all concerns. “Bengaluru’s water is already toxic, so when the birds feed on fish affected by poisonous lead, they die. It affects human beings too but what is insignificant to us may be life-threatening to birds,” says Jayanthi. 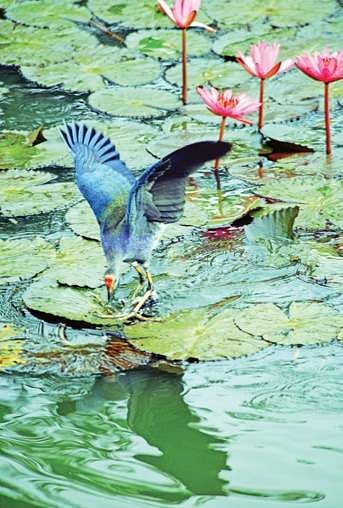 The spokesperson of Karanataka Pollution Control Board could not confirm the level of toxicity of lakes after immersions and the usage of Ganesha Immersion Ponds (GIPs) this year. The laboratory results will be out soon.

Jayanthi, like many other environmentalists, believes that many POP Ganeshas were used this year as well. “The idols keep growing in size and number, year on year,” adds Jayanthi. “Earlier one village had one Ganesha to immerse now almost every household has one.

All the idols are immersed in one particular day and it is bound to be destructive to birds, restricting their movement by placing obstacles in their path.” Birds also die from swallowing shiny jewellery adorning the idols, mistaking it for feed, she adds.

Yellappa Reddy blames festival decorations too. “Birds get entangled in plastic decorations that float on water, these plastic bits even suffocate chicks in nests,” he says.