Plug-in stove and use it for 20 years

BENGALURU:At a time, when the world deals with a dearth of non-renewable energy, a Bengaluru-based has designed a hydrogen-based cooking unit to replace the existing cooking gas — Liquefied Petroleum Gas (LPG). A single installation of this unit can be used for 20 years. 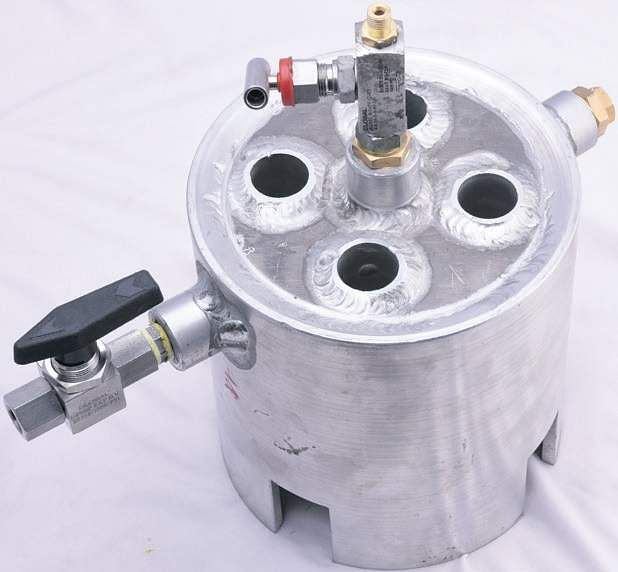 Olive Energy, the company behind the invention claims that it is the first such system in the world that has harnessed the energy of hydrogen safely. They  have already applied for a patent on their innovation.
Explaining how the cooking unit works, Gautham Jayashanker, CEO, Olive Energy explains that the unit uses solar energy from solar panels. A hydrogen generator is then used that combines the solar energy and water to produce hydrogen.The generator conducts an electrolysis (a nonspontaneous chemical reaction using electric current) of water to produce hydrogen with the by-product being oxygen.  “Water is split into hydrogen and oxygen and then the former is tanked.

Hydrogen is a very volatile gas,” says Gautham.  A hydrogen storage unit then checks the volatility of hydrogen as a gas thus making it possible to store the gas safely. The unit has been designed to behave like a sponge to store hydrogen in a form of a metal hydride (metals which have been bonded to hydrogen to form a new compound) so that it can be released under pressure during consumption. “We have developed a metal hydride made of four or five different metals. When this alloy of metals comes into contact with hydrogen, it develops a hydrogen foam that is stored,” he says. A special stove is then used to burn the stored hydrogen.

After 20 years, the only changes that are needed in the cooking unit are the metal hydride and the solar panel. “The efficiency of the solar panel drops down to only 25 percent after 20 years. The entire unit will be much cheaper than LPG, a gas that is getting costlier by the day,” he adds.
So far the company has built a working prototype of the cooking unit and is looking to commercially produce it by the end of the year after certifications. “The cooking unit is scalable and can be suited to serve the cooking needs of a single person to that of a factory kitchen,” he says.