Taking revenue officials to task, the High Court on Wednesday expressed displeasure over BBMP’s failure to collect advertisement tax at the expected rate.

BENGALURU: Taking revenue officials to task, the High Court on Wednesday expressed displeasure over BBMP’s failure to collect advertisement tax at the expected rate.“The Joint Commissioners shall file their affidavit before this court  on October 25, 2017, the next date of hearing, showing the efforts made by them and which should result in conspicuous and significant improvement in the recovery process, failing which the court would be constrained to fix  the responsibility upon them as well, besides the Assistant Revenue Officers (AROs),” Justice Dr Vineet Kothari said in the order.

Justice Kothari, who was hearing a batch of petitions relating to advertisement tax, said that this court prima facie felt that the recovery process undertaken by the assistant revenue officers was rather slow and it appears that besides the petitioners before this court, there are several tax payers who owe their advertisement  tax liability to the BBMP, the judge said.The judge’s observation came after BBMP submitted sixth status report which shows that it was able to collect only `46.56 crore till now from last December as against total due of `331.92 crore dues to be paid by the advertisement companies.

Circulars barring Maruti ambulances stayed
The High Court on Wednesday stayed two circulars issued by the state government withdrawing the approval for registration of Maruti Omni vans as Emergency Response Service Ambulances. This was after hearing a petition filed by Maruti Suzuki, contending that the impugned circulars are illegal and causing inconvenience to people of Karnataka where there is only one ambulance for every 85,000 people. Justice G Narendar passed the interim order staying the circulars dated May 10, and June 5.

Will shut illegal slaughter houses, state tells HC
The government on Wednesday told the High Court that it will take steps to shut illegal slaughter houses in Shivajinagar. This undertaking was given before Justice Aravind Kumar who was hearing the petition filed by Gau Gyan Foundation against the inaction of Shivajinagar police in the rescue of cattle. This is despite directions issued by the trial court to them, the petitioner claimed. Justice Aravind Kumar had directed police to provide protection to two advocates who were appointed as court commissioners to assist the members in shifting of cattle kept in inhuman conditions. 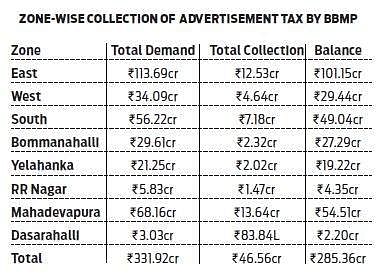