120 anganwadis in the city get tulsi, aloe vera corners

Around 120 anganwadis in the city are growing aloe vera and tulsi plants in the campus to sensitise children on the influence environment has on ones body and mind.

BENGALURU: Around 120 anganwadis in the city are growing aloe vera and tulsi plants in the campus to sensitise children on the influence environment has on ones body and mind.
The initiative by United Way of Bengaluru (UWBe) also encourages mothers to grow such medicinal plant in their homes under its ‘ Born Learning campaign’. The team educates mothers and their kids on the plants’ uses in everyday living. 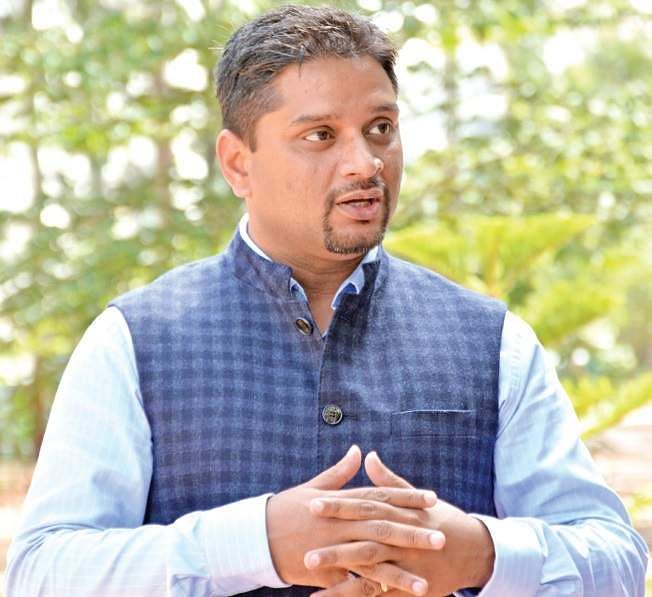 Manish Michael, Chief Executive Officer, United Way of Bengaluru (UWBe) says, “We tell them how aloe vera can be used for skin and tulsi can be added in warm water to treat cough and cold.”
The campaign has been received well by the children and the care givers/mothers in the anganwadi centres, says Manish. “The children are happy when they come to the anganwadi now. They water the plants and take care of them,” he adds.

Due to a lack of space, only 10 out of 120 anganwadis have extensive herbal gardens, while the rest have a few pots of plants. Manish says, “We have provided other schools with pots of money plants and some climbers.”

The organisation has collaborated with a design firm Restore to evaluate how the space in an anganwadi can be utilised to the best. He adds, “The design will be done with reusable and discarded materials such as tyres, broken pipes and plywood.”

The government provides play materials, says Manish, but if some more of these articles such as beads or worksheets are needed, then the group provides them to these centres.
Play materials such as bead segregation and puzzles help to develop children’s fine and gross motor skills, he adds. 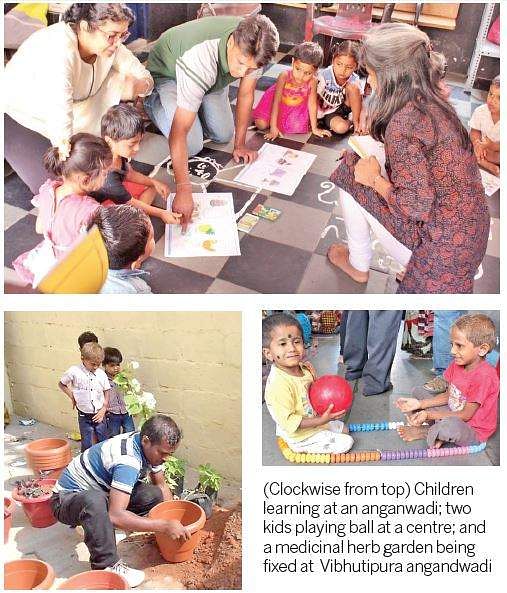 Though India has achieved one of the United Nations millennium development goals with universal primary education, Manish says several studies in the field of education suggest that children do not know ABCD or numbers from 1 to 10 when they go to class 1. “Hence, it is important for children below six years of age in anganwadis to learn and build their foundation,” he adds.

For children of four years of age, learning books and worksheets are provided with detailed lesson plans by the team. “When children go to class 1, they know the basics,” he says.

Regular intervention is required to better the infrastructure in anganwadis. Manish Michael, Chief Executive Officer, UWBe says the team visits and speaks to the care takers, teachers and parents to learn the problems. “We prepare a detailed report with solution and present it to the government. Once approved, we make the required changes.” If the place is not well lit, they provide solar lights. The organisation United Way of Bengaluru (UWBe) began its Born Learning Campaign in September 2012. The objectives of the campaign include providing safe environment in anganwadis, creating awareness among mothers about immunisation, malnourishment and donating learning materials.