Pianist Karan Joseph’s father: It was no suicide. It was murder

Dr Thomas Joseph said at a press conference that there were lapses in the police investigation into his son's death.

BENGALURU: The father of the Bengaluru pianist Karan Joseph, who reportedly committed suicide by jumping from the 12th floor of a Mumbai apartment on September 9, has said it was no suicide but murder.

Dr Thomas Joseph said at a press conference here that there were lapses in the police investigation into his son's death. "The police took Karan's body to the hospital at around 9 am but did not search or seal the apartment. It was only at around 2 pm that they came and made a cursory search," he said and added that this gave the culprits enough time to tamper with vital clues.

He also said that Karan Joseph's laptop and some other belongings were missing.

The musician was in the company of his friends when the incident occurred.

Dr Joseph said that despite his complaint requesting that the case be registered under Section 302 of the Indian Penal Code, police did not do so. He requested a fair investigation and a stop to the trial by the media in which his son's character was being slandered. He questioned media reports that said the musician was depressed and had financial troubles.

Dr Joseph said the only reason why he and his wife visited Mumbai in August was to discuss whether Karan could sign a contract with Rishi Shah, CEO of Crossbones Media, which would have required Karan to disassociate from the bands he played with. 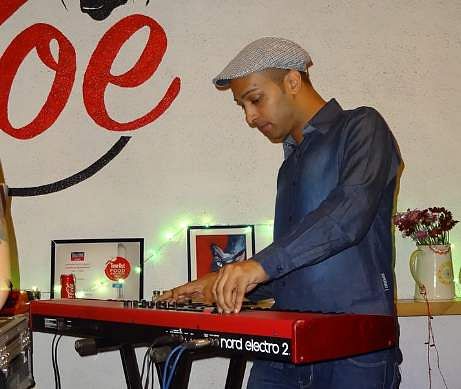 “Rishi Shah desperately wanted Karan to join him and sign an exclusive business contract with him for RAVE and separate him from his regular band guys and other artists. At the time, Karan was still playing with his musician friends in Mumbai. Rishi Shah contacted us and requested us to come to Mumbai to discuss the contract,” he said.

“On meeting us in August he made tall promises and we blindly believed him assuming that he had Karan’s best interests at heart. Considering the events that have unfolded in the aftermath of Karan’s unnatural demise, we now realise that his intentions were not correct,” he said.

Dr Joseph pointed out that Rishi Shah in his statements avoided mentioning the contract he was pushing Karan to sign "although this is the root cause of the incident". He demanded that Karan's last messages to his friends be treated as a dying declaration, which clearly indicated that Karan was being intimidated by Rishi.