BENGALURU: Several pubs and restobars in Bengaluru see parents come with their children, more often during lunch hours. While parents sip on a Margarita or share a jug of craft beer, kids can be seen sipping on pretty mocktails or playing tag running through the pub floor.Will children get too familiar with alcohol, even associating it with good times, or will they turn out to be responsible drinkers? Parents say they bring their children along, believing in the latter. 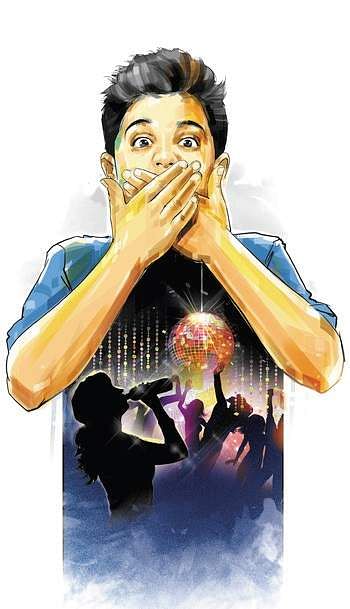 In fact, a few people say that it is important to take children to such social gatherings so that they understand a prevalent culture and even develop a friendly bond with their parents. Preethi Pratap, a homemaker, says, "My daughter tells me where she is and what is she up to. I would like to stay informed so that I am not worried about her. It is okay for her to experiment, we all did as children."
Radha Mehta, a mother of a 12-year-old, says that she plans meticulously before taking her son to a pub. "There hasn’t been any trouble at Bengaluru pubs,” says the IT professional. “But I remember about a pub in Delhi. My friends had told me it wouldn't be a good idea to take children there. So, my husband and I left our son at his grandparents."

Parents often take children during lunch hours to avoid the crowd and loud music. "I take my 5-year-old son to Arbour and Toit. He enjoys running around and playing there," says Bindu Rao. Other public places such as museums and movie theatres are restrictive, says Jasmine Ali, a mother of a seven-year-old son. She says, "They cannot be running around there, they are expected to be quiet and not touch things or bother anybody."

Children should be allowed to try everything within reasonable limits, believe few parents. Razeena C who is on vacation in Bengaluru says, "In Dubai, children are not allowed in places where liquor is served. But children should be familiarised with these places. It is okay for them to try it." When City Express asked her 11-year-old daughter if she ever had an urge to try alcohol seeing her parents, she says, "I don't feel like taking a drink. I am scared, and think it is wrong.”

Lessons on responsible drinking
Soraya Nazareth Fernandes, a 34-year-old mother of two sons, says that her eight-year-old son learns of responsible drinking when he is out with them. “The other day when we went to Arbour and saw an 18-year-old girl so drunk that she could barely stand… my son realised that he should drink only in moderation”. Dr Naveen Jayaram, psychiatrist at Sakra World Hospital adds that we need to have open discussions with children about drinking, but most families in India do not. "They tell children that it is okay for parents to drink, but not for children… this can be confusing,” he says. "They should talk about the right age to drink. They should have a healthy discussion about it, in a non-argumentative way, so that children can can fearlessly discuss their concerns with parents.”

Too young to understand?
Many parents believe that their toddlers are too young to register what is happening in the pubs, but experts say that it may not be true. Sabita takes her three-year-old son to restobars in Koramangala and Indiranagar. "He's too small to understand (and be influenced). And I cannot leave him at home with my maids… Also, being a working parent, weekends are the only time I get to spend time with my child." Dr Shubha Madhusudhan, clinical psychologist, Fortis Hospital, says even infants and young children can perceive things around them. Dr Naveen, psychiatrist at Sakra World Hospital,  adds, "We do not remember our early childhood memories. Only if young children below eight years of age are taken regularly, they might remember. Otherwise, they would just perceive the place as fun and colourful."

Can leave them vulnerable to addiction
Psychologists say it may not be a good idea to take children to pubs because it could influence them adversely, even making them vulnerable to addiction. They grow up associating drinking with good things or celebrations, says Dr Shubha Madhusudhan, clinical psychologist at Fortis Hospital. She adds, "It need not be at pubs. Even at homes, when children see their parents drinking, it can affect their behaviour." Dr Naveen Jayaram, consultant, department of psychiatry, Sakra World Hospital, says teenagers are more likely to be affected seeing elders drinking. "I once consulted for a 14-year-old who tried alcohol after seeing the bottles his father had stored at home." Worse is letting children try a few sips at social gatherings. “It can make them more vulnerable to addiction as the toxic substance in the drinks can affect their brains," he adds.

When a premier forgot his child in pub
United Kingdom's former Prime Minister David Cameron and his wife Samantha left their daughter behind in a pub in 2012 after Sunday drinking. It is reported that she spent 15 minutes in the pub before her parents realised that she wasn't with them and went back to pick her up. However, they were not charged with negligence because Cameron thought she was with her mother and siblings travelling in a different car and Samantha thought Nancy was with her father. It was only when they reached home that they realised that Nancy was missing. They immediately called the pub and got to know about her whereabouts.