Around central city, many drinking joints operate as ‘ladies bars’ or dance bars to make easy profit.Married men in their late forties and above are regular clientele

BENGALURU: Food-and-beverage joint owners in pub city have figured out ways to tap every kind of clientele. Since the ‘posh’ crowd heads to Indiranagar pubs, businessmen on MG Road and Church Street are making their profits by running low-investment dance bars. 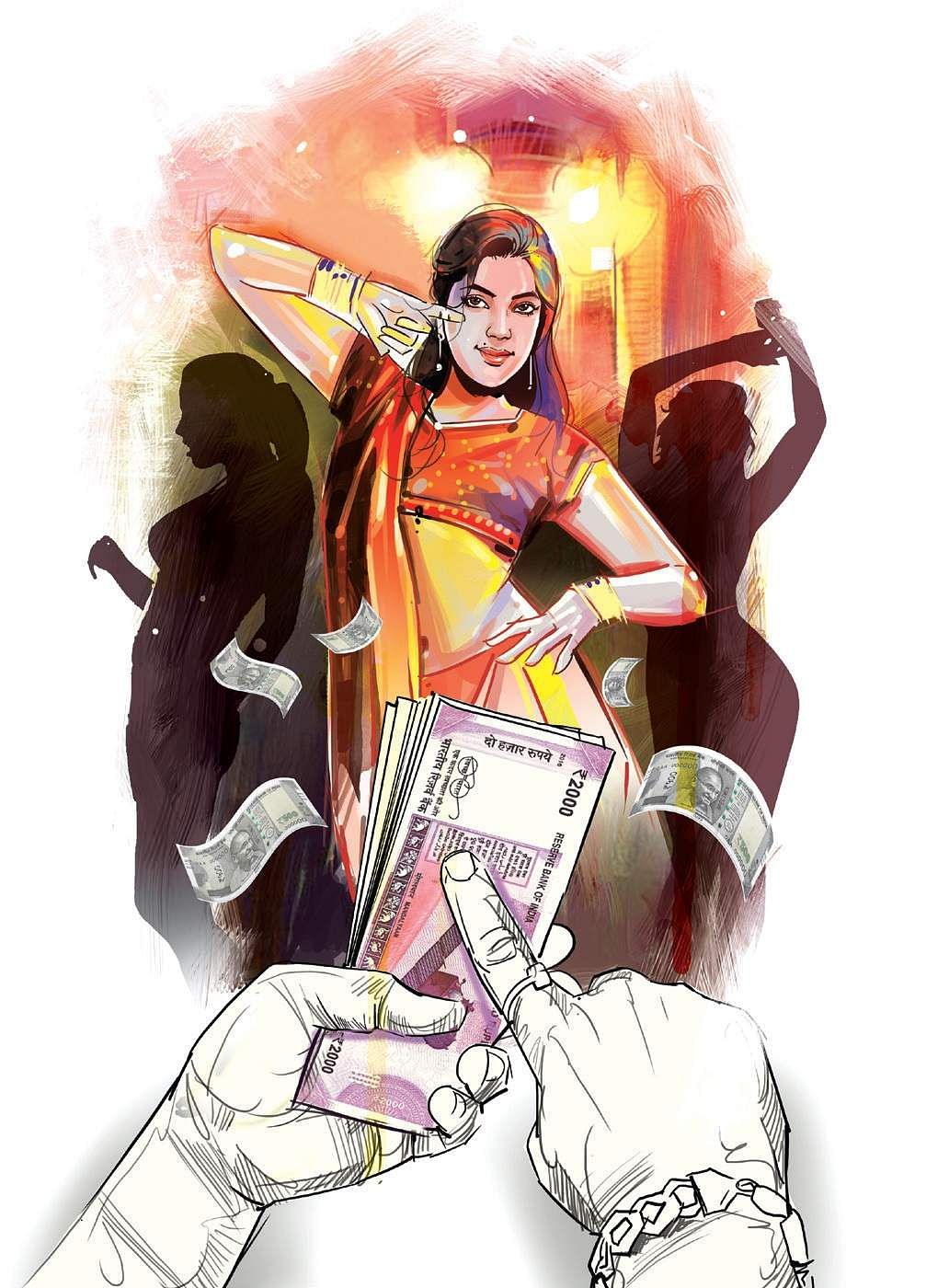 Most recently, an expensive pub on MG Road converted its space into a dance bar. “We were not making any profits,” says a waiter, who later found employment in Goa.
A senior police official confirms the existence of dance bars in the Central Business District of Bengaluru (CBD areas). “These bars are exclusively meant to entertain men,” he adds. “A few bars even invite gambling activities,” adds another officer.

“Nobody comes here for the ambience, it is all about titillation... ambience is zilch,” says Dhruv Pandya (name changed) who frequents dance bars, adding that “for classier joints with good food and great music, you head to Indiranagar”. He says there are easily around 25 dance bars around MG Road and Church Street.

As dance bars are banned in Karnataka, these places are registered as ‘ladies bars’, informs a source in the city police. Ladies bars are where women work as waitresses or bartenders.“We raided two such bars last year. This year, not even one,” informs a senior police official, adding that the police acts only on receiving complaints. “These bars are not located in residential areas like Indiranagar, so there are hardly any complaints,” says the officer, adding that the Excise Department can cancel their licence.

These bars are frequented by men who wouldn’t usually get a woman’s attention in a regular bar or fancier joints, informs 36-year-old Dhruv. He says around 70 per cent of men in these bars are above 40 years. “Many are men who get married early due to family pressure at the age of 22 or 23. By 30, they have school-going children,” he says. They go to these dance bars to flirt with women, says Dhruv. “If they approach women at a pub in Indirangar, they would be shooed away. The fantasy is to flirt with the women, at least talk to them and possibly build a romantic relationship,” says Dhruv.
Vishal Kumar (name changed) who goes these bars occasionally, says, “The women dress like any pub going girl in the city and are 18 to 25 years old”.  Dhruv says that regulars in these bars usually pick up women to go to other regular pubs. “They want to be seen with attractive  women,” he adds.

Most men keep to themselves for the fear of bouncers. “None of them misbehave with the women. As soon as there is any such activity, the bouncer intervenes and kicks them out,” says a regular. The bar makes sure the women are safe in the environment. Sexual propositions between the women and the clients, remain between the two party and the bar does not intervene in such an arrangement.

Before closing hours, the women that you’ve been seeing just walking around will slowly start dancing to Bollywood numbers, says Gopalan (name changed), who has visited one such bar in the city.  Men usually start throwing money on these women as soon as they start dancing. “They throw anywhere between `15,000 and `20,000,” says Dhruv. 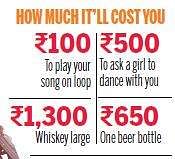