A campaign by Flipkart reveals how more dads are now staying home to take care of kids while moms work, much like the epitome of father goals in Nature — the penguin.

BENGALURU: The world is changing fast, and so are traditional gender roles within a family. Mothers were seen as the primary caretakers of the children, cooking food and making sure the house is running smoothly. Fathers would rush off to work and fulfill their roles as sole breadwinners in the family. But in the past few years, these traditional gender roles are seeing a shift, and dads in Bengaluru have become more involved in their children’s day-to-day lives.

From quitting smoking/drinking to actually wanting to stay at home, fathers in the city are slowly taking on the role of the stay-at-home dad (SAHD). 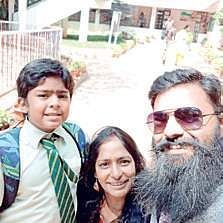 To make things clear, a SAHD is not lazy or jobless - he is pursuing his passion such as music, or is involved in the stock market, and is helping his children in maths and sports,” says Dr Shubha, a clinical psychologist and family counsellor at Fortis Hospital.

Rohit Nair, who has been a stay-at-home dad for more than two years and is planning on returning back to his corporate life, has been very involved in his children's lives and is happy to have had that balance with his wife in their roles are parents. He explains that several parents feel the need to work to give a better life to their kids, however, what children need is some quality time with their parents. With both the father and mother involved, there are a clear set of rules for the child to follow in the house.

The Emperor Penguin is a great example of fathers taking charge. When the mothers go on long feeding expeditions, the father penguins take care of the eggs, nurturing them till they hatch into fluffy little chicks, after which the parents have equal involvement in its life.

Indian e-tailer giant Flipkart observed a trend where more men were starting to online shop for their kids' needs. This led to a survey across 17 Indian cities, which showed that 85% of the 1,700 dads surveyed, were an active part of their child's daily routine. Flipkart called these dads 'Penguin Dads.'

Coming to Bengaluru, this survey revealed : 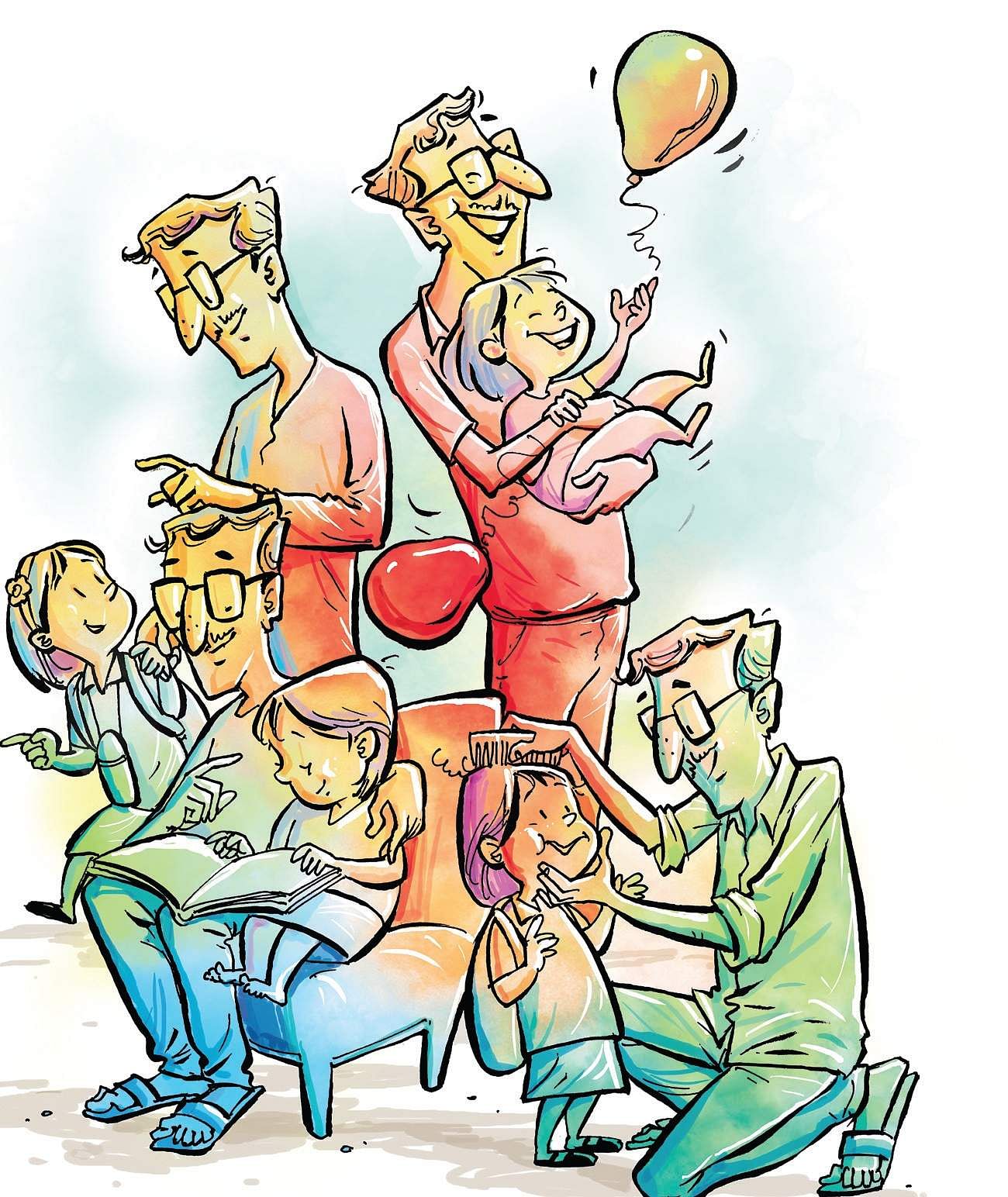 'Penguin Dads' are the antithesis of the archetypal Indian dad, challenging and breaking stereotypes about who does what in the family. They represent the progressive change in the fatherhood narrative in India,' the survey claims. Not only are they breaking stereotypes, but dads are now more involved than mothers now.

Priya Krishna, CEO and founder of city-based KLAY Schools, says that there is a trend now where dads are seen taking greater initiative in reworking their schedules to keep up with the demands of parenting, even more than mothers. “They are very hands-on, aware, interested and more responsible than their spouses, who are working full time. Both parents jointly work for the well-being of the child,” she adds.

Dr Shubha calls these dads 'event managers' of the family. She deals with 15 families in the city with SAHDs. While the sons enjoy the company of their fathers in football, the daughters are enjoy doing project with their fathers. "Dads have found their way to bond with the children, and keep them engaged in the house when the mother isn’t around,” she says.

What impact does this have on a child?

Smaller children may be observant, but won't understand how gender roles work. But as they grow older, several face uncomfortable questions. Jyothi Menon, vice principal of Ekya School, says that students with SAHDs are embarrassed and come from traditional homes. According to her, these children are usually quiet and withdrawn.

This brings a question of the necessity of a maternal bond. Dr. Shubha explains that the femininity in a man is enough for nurturing kids. To avoid children having behavioral problems, it is important that both parents do not belittle the other. The elders of the family must also adjust with this arrangement, she says.

Suman Kumar, author and stand-up comedian, has been a SAHD for over seven years. In 2011, when his wife was offered a doctorate in medicine, the former IT employee quit his job and decided to shift to Kolkata to focus on his wife’s career. The family moved to Bengaluru in 2015 and the arrangement still continues. His daughter does face questions from peers on her father’s job, but Suman says that they educate her on how to respond to these questions with maturity.

According to a study by Arizona State University, USA, parenting time with fathers during toddlerhood causes no harm to the mother-child relationship. The study shows that kids raised by parents with a shared parenting responsibility, tend to make better decisions, compared to kids where the mother is the primary caregiver.  These kids do not hold gender biases, are better at socializing and have greater respect for both sexes when they see their parents as equals.

'SAHD a choice, not compulsion'

Senior creative director, Dentsu Webchutney, PG Aditya, who headed the Penguin Dad campaign, says that the idea behind it was to celebrate fathers who have taken up the role traditionally played by mothers, those who have let go of age-old norms of parental roles. He explains that they wanted to go with a holistic approach towards parenting. "We wanted to show that a dad's willingness to be involved was a choice and not out of compulsion."

How ready is the society to deal with redefined gender roles?

In a world where mothers are advertised for cooking oils, detergents and soaps, while fathers are seen in cars, insurance policies and home loans, the pre-defined notions can take time to adapt to the change. But one should not confuse the roles of a SAHD and a stay-at-home mom.

“A tired mother returning from work and getting irritated with the child is as bad as an exhausted father relegating his own social responsibility towards the child. The solution is equal and shared parenting responsibility” says Priya, adding, "It is not the society that needs to be ready for a change, but society itself that needs to change."

Stay up to date on all the latest Bengaluru news with The New Indian Express App. Download now
(Get the news that matters from New Indian Express on WhatsApp. Click this link and hit 'Click to Subscribe'. Follow the instructions after that.)
TAGS
Fathers Mothers Bengaluru stay-at-home dad