Traditionalism in a triangle: The Rasa group

We have seen solo and duet classical performances, but Bengaluru is new to the concept of a tri-performance by three different artists from respective fields.

BENGALURU: Meet Indu Venu, a Bharatanatyam dancer, Arjun Srivatsav, a  Carnatic vocalist and Vinay Nagarajan, a mridangam percussionist and together they form, ‘The Rasa Triangle’.
The trio met one and half years ago for a project called Rally for Rivers by Isha foundation.
They shot a video of their performance which ended up in the 13th place. “When we first met, it was like we were destined to meet and we had the same thought process though we came from different fields,” says Indu on the troupe which started three months back.

Difference in art, oneness in tradition 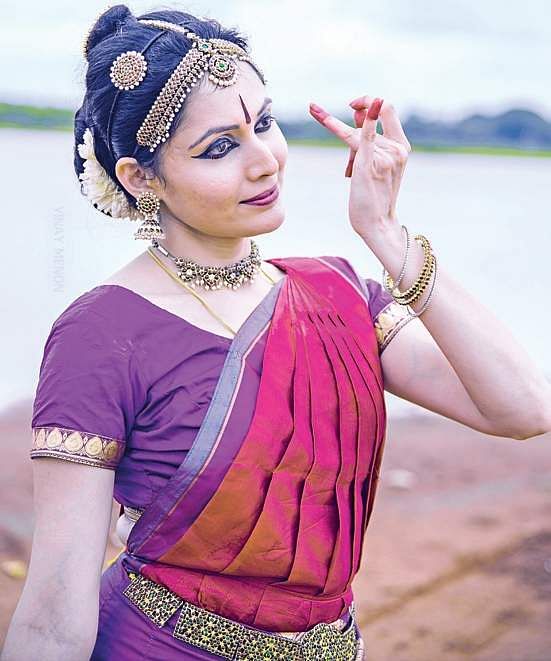 While it is their common interest that keeps them going and strong traditional values they believe in, the three artists call themselves ‘innovative traditionalists’. They wanted to communicate with each other through their respective fields, in a creative manner.

So, how did the name come by? As the trio explains it, ‘rasa’ comes from the word ‘navarasa’.
While Nava means nine, rasa means emotions. “Irrespective of our fields, we are from the same fraternity, our fundamentals are the same. All three of us are on par with each other and we wanted to see what gets created,” says Vinay, who started training  at the age of seven.
According to Indu, rasa is evoked when the art, artist and the audience seek to exist as individual entities, merge together and become one. “That oneness is called rasa which is exactly what we are trying to explore,” says Indu.

The  trio has completed three performances  and  are looking to make them enjoyable in traditional form but with different packaging. Audiences usually enjoy the beauty of the art from outside but with this new approach, they hope the audience will get an in-depth understanding.

“We want to break that barrier between the audience and performers and connect them in an informal way,” says Arjun, who has been training in Carnatic music since the age of four. Hence, they avoid using elaborate costumes which may distract the audience into just focusing on peripherals of the art.
Other major goal of the troupe is growing financially, getting the support required to bring awareness to the people and not let traditions die. 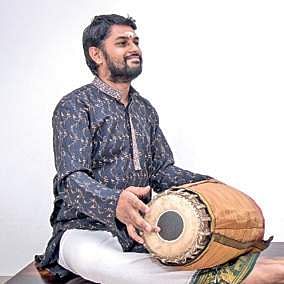 “We are focusing on children because they are the future. They can grow with the perspective of rich heritage  in India,” Indu adds.

The trio does not follow any particular structure but stays within the guidelines of traditional art. Not only is the repertoire created by them but also there is a story behind every performance, making it meaningful to the audience.

During the Rally for Rivers campaign, their video called ‘Nadi Suddhi’ portrayed the mythological story of Krishna stopping Kaliya from poisoning the river, in context of the plight of dwindling rivers in the present day.

For their next performance called Sambhashana, the story is focused on Bhakti rasa. They selected a few compositions of Bhadrachala Ramadasu, the popular Carnatic music composer and chose to portray how he viewed Rama.

“We add one contemporary message in every performance for the audience to take away,” explains Indu.

As every new idea has its  challenges, the Rasa Triangle is no exception. While Arjun jokingly says that the coordination between them is a major challenge, he points out that the tradition they are comfortable with is a beneficial  factor.

“Our minds are set to work in a certain pattern and here we are working on something out of the box-which is alarming when you hear it at first,” he says. They struggle to not compromise on both innovation and traditionalism. Finding the balance between them is key. They  will be performing on April 7 at Lahe Lahe, Indiranagar.

Indu Venu, born and brought up in Palakkad, studied in Kathanam institution, known for Kathakali artists. She was trained in  Bharatanatyam under Shobana Balachandra, who remains her guru even today. She has also been trained in Mohiniyattam and took brief classes in carnatic music, Violin and Ottamthullal. She took to dancing full-time in 2010 after completing her MBA and masters in Bharatanatyam. Currently, she resides in the city and has been teaching over a 100 students and still continues training in advanced traditional dances. She is also in the process of enrolling for her Ph.D.

Arjun Srivatsav, the vocalist for the team, started training at the age of six under his own mother and guru, Chandrika Manjunath. Several members of his family were Carnatic vocalists. He started training under popular Carnatic vocalist S Shankar since 2002, and continues till date. Arjun did have a few stints in light music with Directors such as Praveen D Rao and music composer Hamsalekha but later worked for his passion following his guru’s  recommendation. After completing his MBA in 2012, he worked for a corporate firm for five years before taking to music full-time, eight months ago. He currently teaches Carnatic music in the city.

Vinay  Nagarajan, the Mridangam player started training at the age of seven under Narayanaswamy. His family includes several musicians, right from his grandparents.  He spent his time singing Bhajans in Puttaparthi and Whitefield. He did engineering and worked for two and half years as a software engineer. He got into music full time, one and a half years back. He accompanied several artists in Sampradaya Bhajan, a format where the programme can extend to two days. He has performed in various Sabhas. Currently, he is doing advanced training under acclaimed artist Balakrishna and is also teaching around 50 students in the city.

Stay up to date on all the latest Bengaluru news with The New Indian Express App. Download now
(Get the news that matters from New Indian Express on WhatsApp. Click this link and hit 'Click to Subscribe'. Follow the instructions after that.)
TAGS
Bharatanatyam dancer Carnatic vocalist mridangam percussionist