Asks hospital to preserve terminated foetus as it may be required for DNA testing; 16-yr-old had filed plea through dad.

BENGALURU: Permitting a minor rape victim to terminate her 22-week pregnancy as she did not want to continue with the same as it will create individual and social problems for her and family, the Karnataka High Court ordered the Vani Vilas Hospital in city to preserve the terminated foetus as it may be required for the purpose of DNA testing for the case pending before women’s police station in Davanagere. 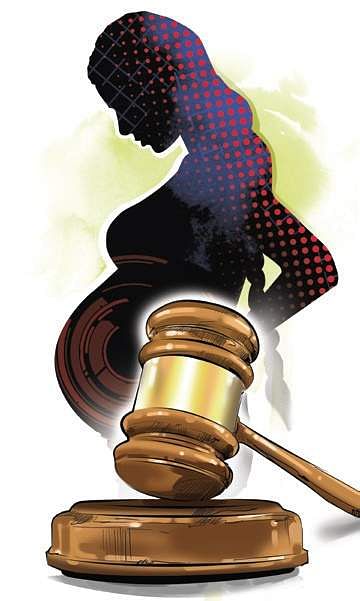 The 16-year-old rape victim from Davangere filed a petition through her father, seeking the relief from the Court that she should be permitted to terminate the pregnancy caused by an alleged rape by one Manju.
While disposing of the petition on Wednesday, Justice Raghvendra S Chauhan directed the medical superintendent of Vani Vilas Hospital to admit the victim in the hospital on Thursday for the purpose of terminating her pregnancy. The superintendent shall ensure that she is discharged from the hospital, only after the doctors are of the opinion that she has recovered well enough for her to be able to go back to Davanagere, the judge said.

The court also directed the medical superintendent to ensure that the hospital preserves the terminated foetus at it may be necessary for the purpose of DNA testing with reference to crime pending in Women’s Police Station in Davangere. The Women’s Police Station, Davangere, shall collect the samples of the foetus for its DNA testing by the Central Library, located in Hyderabad.

Directing the said laboratory to convey its report to the investigating officer within a period of two months from the date of receipt of the DNA samples, the court ordered the state government to bear all the medical expenses necessary for the operation, medicines, food, etc., of the patient.

On March 28, 2018, the court had directed Bangalore Medical College and Research Institute to constitute a medical board/committee and examine the victim with regard to her pregnancy and submit a report. Accordingly, the report was submitted stating that the victim was 22 weeks into her pregnancy (+ or - one week). The board was of the opinion that there were no medical contradictions for her to undergo termination of pregnancy, after correction of anaemia.

Stay up to date on all the latest Bengaluru news with The New Indian Express App. Download now
(Get the news that matters from New Indian Express on WhatsApp. Click this link and hit 'Click to Subscribe'. Follow the instructions after that.)
TAGS
minor rape victim Karnataka High Court foetus