A week on, cops clueless in Vijayanagar robbery case

A week after the incident, Vijayanagar police are still clueless about the robber who stabbed an elderly woman Lakshmidevamma in broad daylight and escaped.

BENGALURU:A week after the incident, Vijayanagar police are still clueless about the robber who stabbed an elderly woman Lakshmidevamma in broad daylight and escaped.Narrating the horror, 65-year-old Lakshmidevamma told The New Indian Express, “It was around 12.30pm and I was alone at home. While I was going to the toilet on the first floor, a man pushed me inside the house and snatched my gold jewelleries. As I started screaming, he stabbed into my neck and dragged me inside a room. 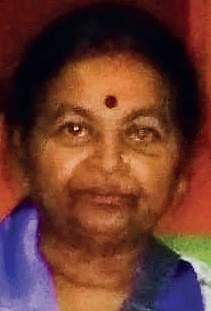 He again stabbed me in my stomach before leaving the house. The room window was open and I waved my hands at the passersby, screaming for help. An auto driver and another person rushed and took me to a private hospital...after that, I am not aware of what happened”.

“I saw that robber was alone and was threatening me in Hindi. His face was covered with a full helmet. I can identify the accused. It’s the God’s grace that I survived despite having deep stab injuries,” she said.
Raghu TV, son-in-law of Lakshmidevamma, said the police have obtained CCTV footage and the movements of the attacker have been captured. On April 2,  the robber had barged inside Lakshmidevamma’s house in Pattegarapalya of Vijayanagar to rob her of her valuables.
A senior police officer from Vijayanagar police station said a special team has been formed to nab the accused; but so far, no clues have been established.