Caught between a rock and hard place: African students in the city

Many students from Africa are charged with overstaying in Bengaluru, for lack of producing a college bonafide

BENGALURU: Bill, a student from Cameroon, came to Bengaluru to pursue his studies in 2009.  Although he was promised top-class facilities and a dream platform to pursue his career in football, his piped dreams came crashing down.

The hostel where he was put up, failed to even provide a bed or a mattress to students. Along with that, he was subjected to racial stereotyping, making the process of gelling into the Indian society and curriculum, much harder than expected. 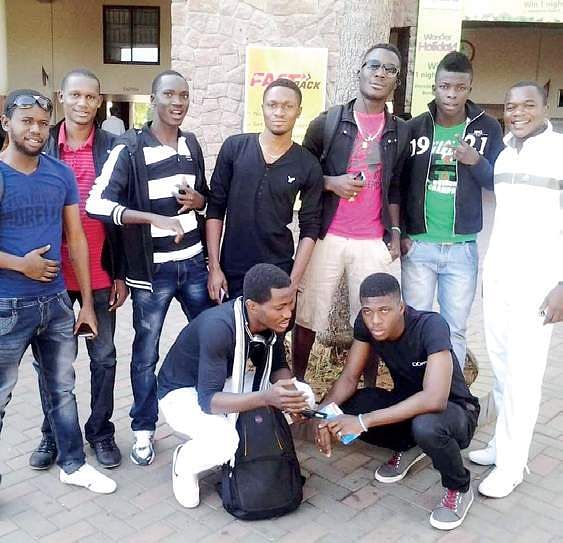 Apart from racial attacks and the feeling of being treated like an outsider (he was even called an alien once), matters got worse for Bill, when he had to cope with the political  situation back home and completing his education here in Bengaluru.

The main problem with Bill’s stay began when it became difficult for his family to send his college fees on time due to the political conflict back home.

He told City Express, “If you haven’t paid the college fees, they refuse to give the bonafide letter and then it becomes difficult to renew the immigration. Later when you apply for extension, you have to pay a fine.”

Despite the delayed payments and problems that followed with his immigration, Bill pulled through his education and has now managed to land himself a full-time job in the city.

Caught in a fire between home and college

To get a better understanding of the situation faced by other such African students, CE spoke to those presently pursuing their education in different city colleges. Patrick, a student from the Democratic Republic of Congo explained the problem saying, “If you are not able to pay your fees on time, the college refuses to let you write your exam and does not give the bonafide. Then, you get in trouble with your immigration and Visa. They throw you out of class. I know one girl studying in Teacher’s Academy who has been facing such problems.”

Mustafa Ben from Chad who is studying in Teacher’s Academy was not allowed to write his fifth-semester exam, due to delayed transfer of money from his family back home. However, he managed to escape the trouble of renewing his immigration, as he paid the fees later and gave the exam next semester.

“Sometimes there is a delay in the money coming from our parents, causing added pressure from our college to pay the fees. Sometimes they don’t even let us pay the exam fees if we haven’t paid the school fees. When we do pay our school fees, the exam fees have to be paid with a fine,” Ben said, further adding, “There is also less possibility of getting any work. There is little work that is given to foreigners and even if we do find something, they are night jobs, making it difficult to attend college
next morning. “

When the admission department of Teacher’s Academy was asked about the link between payment of fees and providing the bonafide letter, they said, “Once the student pays the fees, he gets a bonafide. The whole amount of 2900$ has to be paid in one installment, after which the student needs to pay the semester fees of 600$. If they fail to do so, they don’t get a bonafide. We immediately inform them and send the exit.“

Anil, the assistant registrar of CMR says, “It is simple logic. If the students are not able to pay the fees, we cannot provide them with the bonafide letter.”

According to the law, for registration of student visa, the students are required to provide three copies of Bonafide certificate from the academic institute. Advocate Shashank Kumar said, “In the event of overstay, the foreigner is liable for prosecution under Foreigners Act 1946 and imprisonment up to 5 years with fine and expulsion from India. Any breach of  Visa conditions can result in cancellation of the Visa and can also result in being blacklisted from getting entry into India again.”

Seemanth Kumar Singh, Additional Commissioner of Police (East), said, “ Every month we get a list from the Foreigners Regional Registration Office (FRRO) on those who are overstaying, without getting a visa extension. We have no say in business dealing between the college and the student. The police has no power in that unless the college says there is an agreement and that is not being followed. We have found students who have overstayed and we cannot allow them to stay, unless they get their visa renewed.”

Cameroon is home to more than 200 different linguistic groups. The unification of two former colonies, one British and one French, led to the modern state of Cameroon in 1961. The country has been struggling to find peace and unity ever since. The English-speaking region has been protesting for a separate state in the recent past. The internet access in their area gets disrupted due to the constant protests in the region.