Sleepless in Bengaluru: Thanks to mobiles, snoring

According to a study, 90 per cent Bengalureans have disturbed sleep every night. Most people get distracted due to work or finance issues and social media.

BENGALURU: Alka P works for a retail company in the city. She wakes up once almost every night after going  to sleep. She also mostly falls off to sleep after using her smartphone.  Alka is not alone for at least 90 per cent of Bengalureans wake up at least one or two times in a night. Another nine per cent even wake up as many as five times in after going off to sleep. Another 91 per cent use a smartphone before going to sleep.

"These days, I wake up mostly around 3 am due to the heat. This has been happening for quite some time now every summer. I mostly am glued to social networking sites such as Facebook or Instagram before going off to sleep," adds Alka. 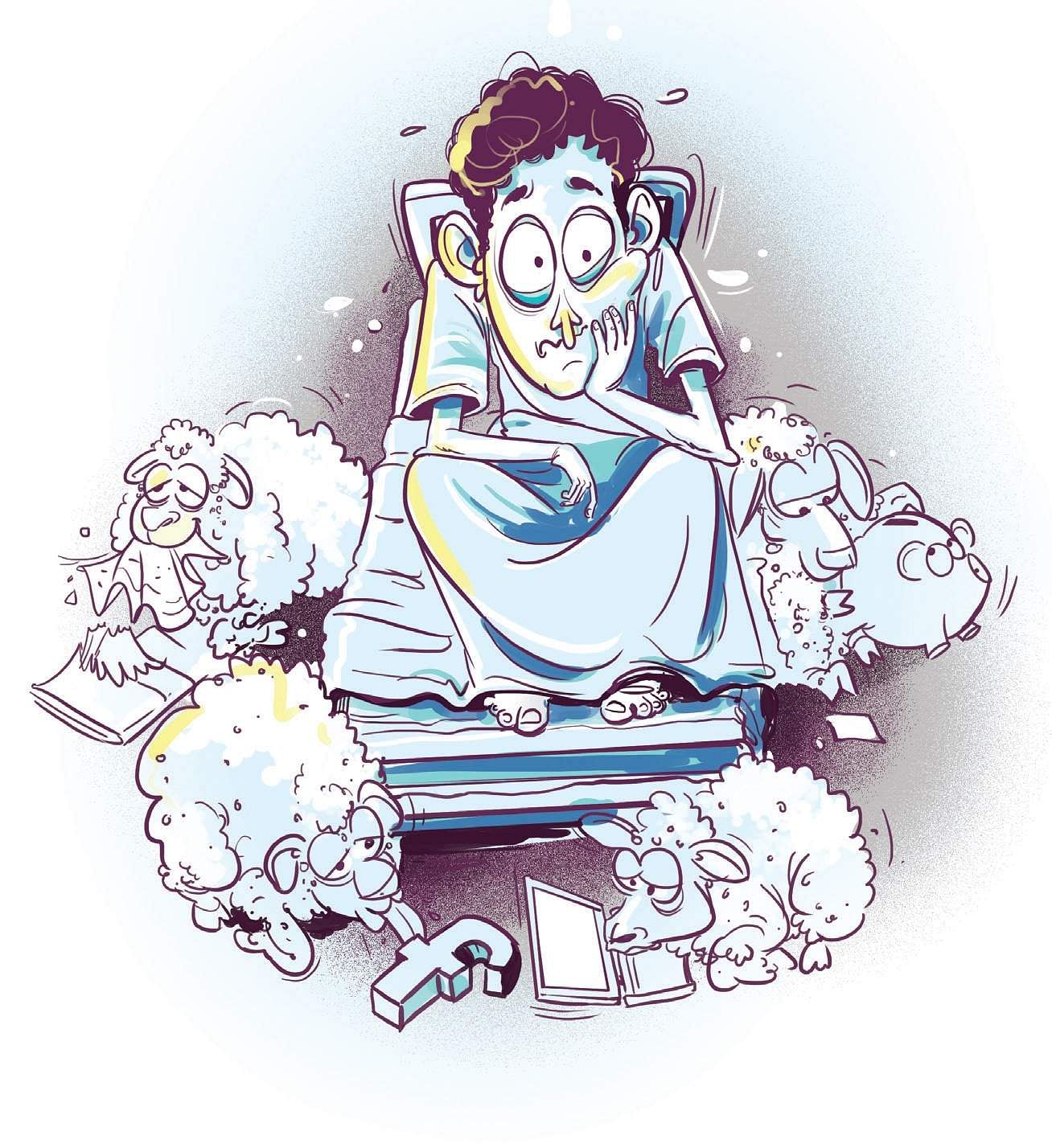 The above are some of the findings of a survey on sleeping patterns done in the city by Wakefit.co, a Bengaluru-based company that makes mattresses. Called the 'Great Indian Sleep Scorecard 2018', the survey was carried out among a sample size of 1,500 respondents in the city ranging from singles, married couples as well as people in relationships. It is part of a pan India survey that involved a total of 7,500 respondents.

When asked about the activities that keep them up at night as much as 25 per cent say they kept awake watching shows on TV or on their smartphones. Another 23 per cent were awake worrying about their work and finances. Working one one's laptop or smartphone kept up another 20 per cent of the respondents.
Scrolling through social media feed was the main reason for 18 per cent of the respondents being awake and another seven per cent were awake due to their partner's sleeping habits such as snoring.

Overall, however, the survey says that most Bengalureans get sufficient hours of sleep. At least 45 per cent of them get at least eight hours of sleep every day. Two groups of respondents comprising of 22 per cent each say they got seven and nine hours of sleep. Another two groups of respondents comprising two per cent each say they got five hours and 10 hours of sleep. Around six per cent got six hours of sleep.
Shashi Hembrom who is employed with a petrochemical firm moved to the city two years ago. "I came from Kolkata and my sleeping pattern there was a bit erratic. In Bengaluru, it has improved a lot. I get deep sleep of around six hours and and eight hours. I work out every day and so sleep also depends on the intensity of my workouts," says Shashi who usually sleeps off watching a movie on his laptop.

Sleep and wake up calls

Highlighting some negative aspects of sleep patterns of people in the city, Ankit Garg, co-founder and CEO, Wakefit.co, says, “Citizens of Bengaluru definitely have some sleep troubles with 17 per cent believing that they suffer from insomnia. Quality of sleep in the limited hours that they do get to sleep is a top priority of Bengalureans.”

Dr Gowri Kulkarni, a stress management consultant says these days not many people are educated about the benefits of a good night's sleep. They tend to take advantage of their youth and misuse the ability of the body to function even with 2-3 hours of sleep. "Although it sounds productive to work round the clock it has long term damaging effects at the cellular level which sees the day of light when you are a sexuagenarian, septuagenarian or even nonagenarian.

With IT industry booming in Bengaluru, we see more and more young adults working late in the night, pulling all-nighters, partying through the night and trying to compensate for the fun last night by working next day and what not. All these patterns lead to lack of sleep and reduces productivity which is a vicious cycle, as lack of productivity then leads to lack of sleep to compensate," he says.

More from Bengaluru.
Now we are on Telegram too. Follow us for updates
TAGS
Bengalureans mobiles snoring