'Women drop out as they think they can't box'

State-level boxers say the sport is all about hard work and practice, and women can easily win against any opponent

BENGALURU: Mary Kom continues to be an inspiration for several women boxers in the city and it is no different for 21-year-old Ramandeep Kaur from Ludhiana and 24-year-old Luxmi Kardam from Haryana. Regardless of India having seen Mary win the Olympic medal in 2012, boxing is still believed to be a sport that is not meant for women. And these state-level professional boxers, currently based out of Bengaluru, have been trying to break these stereotypes since they were nine year olds.

In a quick chat with City Express at the Cult Pro Boxing tournament held recently where Ramandeep won the 50kg round against Luxmi, these boxers talk about woman boxers in India, their journeys so far and their cheat days while they undergo rigorous training. 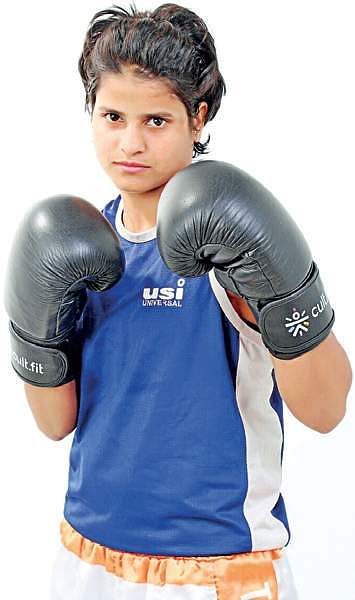 Ramandeep says most women boxers dropout half-way or have a change in their career. “The major problem is women think that they can’t do it. They are always scared to participate in such events," she says adding that the most important thing for them is to know that if they practice really well, then they can win over any opponent. "It is all about hard work and practice. If you want to grow in this field, then boxing can’t be a hobby that you do once in a while, it must be your first priority,” she says.

For Luxmi, facing challenges was a day-to-day affair. "When I initially joined boxing, I did not tell my family for the first few months. My coach visited my house one fine day and then I had to tell them that I have started training for boxing. My family was reluctant initially and did not want me to take up boxing," she says.

This was also due to the very common apprehensions that parents have. They were worried about what will the neighbours say and who will get married to woman boxer. "I was adamant and wanted to take up boxing seriously. I trained hard and put in a lot of effort. They then realised that this was much more than just any other sport for me. Since then, my parents and friends started supporting me. They now always consider me as the bodyguard of our gang," she says.

Ramandeep and Luxmi, both train for four to five hours a day and take up five to six classes training amateur boxers. Also, they keep travelling to Delhi, Gurgaon and Bengaluru to train other boxers. Sometimes, they decide to have a cheat day too during their training sessions. Ramandeep cheats with ‘dal’ to go through the day while Luxmi enjoys some spicy non-vegetarian food to savour.