When I created coconut butter accidentally

Getting into the restaurant industry wasn’t always my plan, but I’ll never regret jumping into it eight years ago.

BENGALURU:  Getting into the restaurant industry wasn’t always my plan, but I’ll never regret jumping into it eight years ago. It has sent me on an endless journey that never fails to fill me with wonder. Hailing from a vegetarian family, working with meat was initially very difficult, but I thought I had no choice. I was under the misconception that the best way to explore many cuisines and be creative was through using animal products. As a result I even started eating meat. After a couple of years however, I had enough and decided to switch jobs and moved to a vegetarian restaurant. Fortunately for me, the “vegetarian” place I joined turned out to be India’s first vegan restaurant. 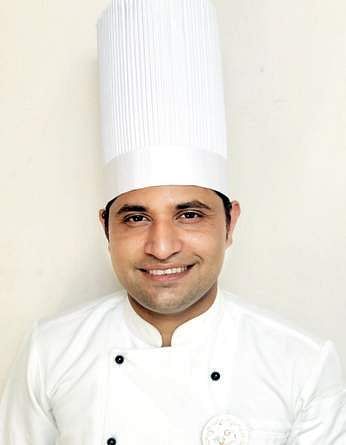 It was a very unique cuisine to me. I was surprised to find they shunned so many ingredients I was used to such as milk, cheese, honey, eggs, meat, butter and cream. At first it was hard and I had a lot of unlearning to do before I could learn about and embrace vegan food. But as a result of inspiring talks and guidance from the owners and other vegans I understood the value and health benefits of plant-based ingredients. It even led me to turning vegan. Very soon I started creating my own recipes.

Among all the vegan ingredients I’ve worked with, coconut butter is the closest to my heart. The funny part is that it was created entirely by mistake while I was working on formulating a vegan heavy cream. At the end of a lengthy process, I decided to warm up the cream and suddenly it started melting just like butter! I could barely believe I’d invented this almost magical and extremely versatile ingredient. Not only is it great as a spread, it can be used as a base in many dishes. Over the years, I’ve come up with lots of recipes - sweet as well as savoury - using coconut butter. My favourites are ice cream, tiramisu and cheesecake. I’m always researching more ways to use it and I’m sure it has a lot of untapped potential.

Coconut butter has played a key role in many of my dishes. Some of our guests have even said that these dishes have convinced them to go vegan. I take pride in being one of the first vegan chefs in the country.

* Grind all the ice cream ingredients into a paste

* Put in an airtight container and freeze it for 10 hours

* Remove, blend again and freeze for 24 hours or until it’s set

A Vegan Baking Ninja Class will be held at the restaurant today, 4.30 pm