People living in South Bengaluru appear to be the happiest in the city as they don’t seem to mind which party wins or loses — as far as they see fresh faces occupying the assembly seats from their respective constituencies.

A majority of people living in South Bengaluru are old Bangalureans, and they need a change. They feel this can be brought about only by new entrants. “We are not blaming the present elected representatives. But, we want to see some fresh faces. South Bengaluru has become stagnant when it comes to politics and there is a need for fresh faces,” said Narayana Reddy, a 47-year-old from BTM Layout. 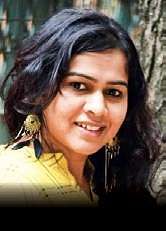 Even when it comes to civic issues, they do not have much to point fingers at. But, although Metro is one of the major infrastructure projects in South Bengaluru, locals are unhappy with the way trees have been chopped for construction of the Metro and flyover.

Girish who runs a two-wheeler showroom at Padmanabhanagar, said, “We appreciate the Metro connectivity and the flyover constructed at Devegowda Petrol Pump signal, but the number of trees the authorities chopped makes us angry. Development can be done even without harming nature and we expect the same from the authorities concerned.”

According to the residents, Metro has cleared 50% of the traffic congestion and it is the same with the Rani Chennamma Flyover constructed at Devegowda Petrol Pump signal. Citizens say the flyover has reduced traffic jams at the Banashankari Ring Road stretch.

People demand planting of saplings at all the places where trees have been chopped to bring back the lost glory of South Bengaluru which has been known for its greenery. Harshith Kumar, a 25-year-old citizen of Banashankari, says, “This may look silly, but we are attached to the trees and parks in South Bengaluru. Since several years no new parks have come up and even the trees which were grown from many years have been cut in the name of development. We demand development without harming nature.”

Even when it comes to safety, people say they have no such major issues. The only issue they raise is installation of more CCTV cameras in public spaces and streets, besides monitoring the same properly.
Shivashankar, a 40-year-old resident of Jayanagar who runs a business at 4th Block, feels there is a need to install more CCTV cameras in Jayanagar. “The streets like in Jayanagar 4th Block, which are always bustling with people, need more CCTV cameras. Presently, the cameras are only at traffic signals, but these need to be extended to other parts also.”

However, the people living in parts of Puttenahalli are expecting relief during rainy season when they experience severe flooding. This problem is severe around Puttenahalli lake where a storm water drain has been encroached upon. “It is not a recent problem that we are facing. It has been there since several years, but no government has tried to solve our problem. During rains our houses get flooded and this needs a permanent solution,” says Shashank, a 49-year-old businessmen from Puttenahalli.

Interestingly, the South Bengaluru residents are least bothered about Indira Canteens and the `1 water facility provided by the government. “I don’t think Indira Canteen and free drinking water facility is needed in this area. The people living here are old Bengalureans and are well-settled,” feels Venkataswamy a 62-year-old resident of Basavanagudi.

There are several migrant families from North Karnataka and Hyderabad-Karnataka region living on construction sites in South Bengaluru where apartment complexes are coming up. Unfortunately, they will be missing the chance to cast their votes. Kamakshi, from a migrant family, hails from Mavni in Raichur district and works at a construction site in Jayanagar.

She said, “We came to Bengaluru two years ago and shifted to this construction site six months back. Our vote is in our hometown. But as we don’t get a holiday and can’t even afford to spend money to travel all the way and return, we are not going to vote.” At the construction site, there are over 20 members who have voting powers. Like Kamakshi’s family, there are several migrant families who are missing their votes in the forthcoming assembly elections.