‘I use emotions and tell stories in the form of dance’

BENGALURU: Dance is not merely a form of art, it is a stress buster.” That’s how Dr AV Satyanarayana looks at the art form. Satyanarayana is an internationally acclaimed bharatnatyam and khatak artist, choreographer and a pioneer of dance therapy. He is also the director of Shrishti Centre for Performing Arts and Institute of Dance Therapy, Delhi. 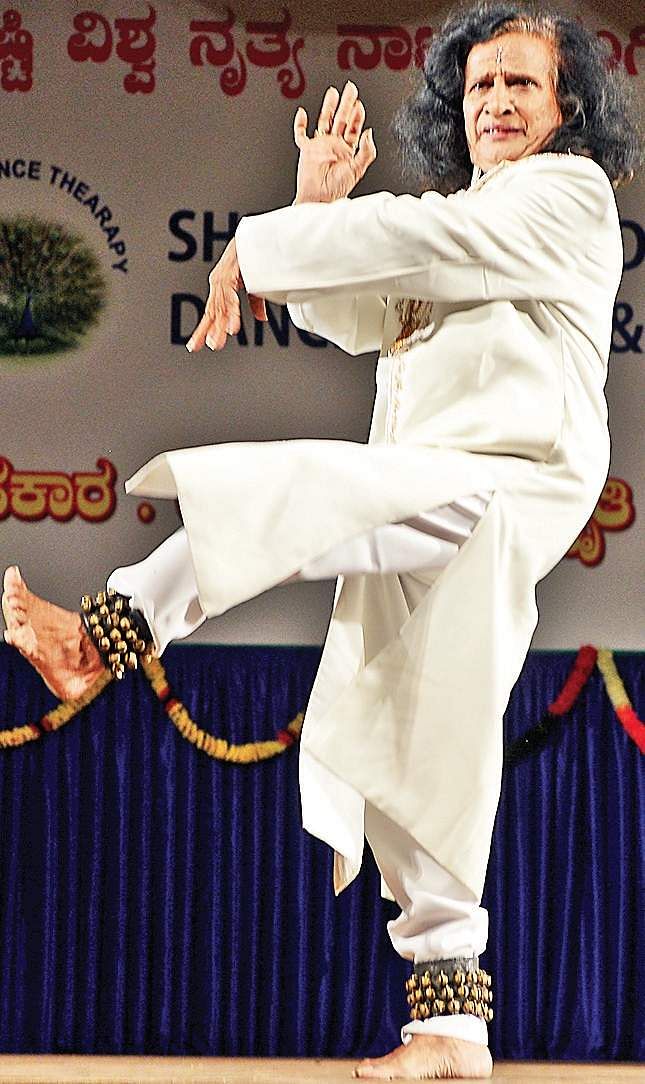 Having been in the dance industry for over 50 years, the artiste has an undying passion for the performing art. He will be showcasing his piece on the theme, The Light of Asia Mahan Buddha will be presented in two forms. One will be a one-man-show performed by him, the other will be a ballet dance which will be performed by 25 dancers.

This dance drama presented by Satyanarayana, will be showcasing 12 avatars of Gautam Buddha’s life. The play starts with the character of Shuddhodhana (Gautama Buddha’s father), and gradually proceeds to showcasing the roles of young Siddhartha, King Asoka, King Kalinga and so on. Every character is presented through different costumes, using various techniques such as martial arts, bharatnatyam, khatak, yakshagana and folk.

‘The colour of blood and the colour of tear is the same’, quoting Gautama Buddha, he says, “This is where I drew my inspiration from, his life and his journey is magnificent in its own way, the interest in his life inspired me to choreograph this dance drama.”

His dance mimics the fluid, sweeping gestures that focus on muscle control and rhythmic breathing. When asked about his favourite avatar, he says, “Angulimala is my favourite character of all as it is one of the most important figures when it comes to Buddhism, it depicts a ruthless serial killer who is redeemed by a sincere conversion to Buddhism.” He further adds, “I start my drama with a negative approach which is usually a war scene, and then proceed further with the story.”

AV Satyanarayana will be performing at Ravindra Kalakshetra complex, JC road for the golden jubilee of his institute Shristi on April 30 at 6.30 pm.