#RampMyCity, make it accessible to everyone

BENGALURU: Accessibility has almost always been on the bottom-most on the list of priorities when cities and institutes chalk out their respective maps. Prateek Khandelwal started the #RampMyCity campaign in Bengaluru last December after he found out that  places that serve food did not cater to the differently-abled.

He reached out to the manager of each of these restaurants. Among the many restaurants, he got in touch with Farzi Cafe, UB City; Big Brewsky, Sarjapur Road; Ebony, MG Road;  Rock Salt, SBI Road; Olive Beach and Toast and Tonic, Wood Street; Lady Baga and Soda Bottle Opener Wala, Lavelle Road, have got their spaces made accessible due to his initative. 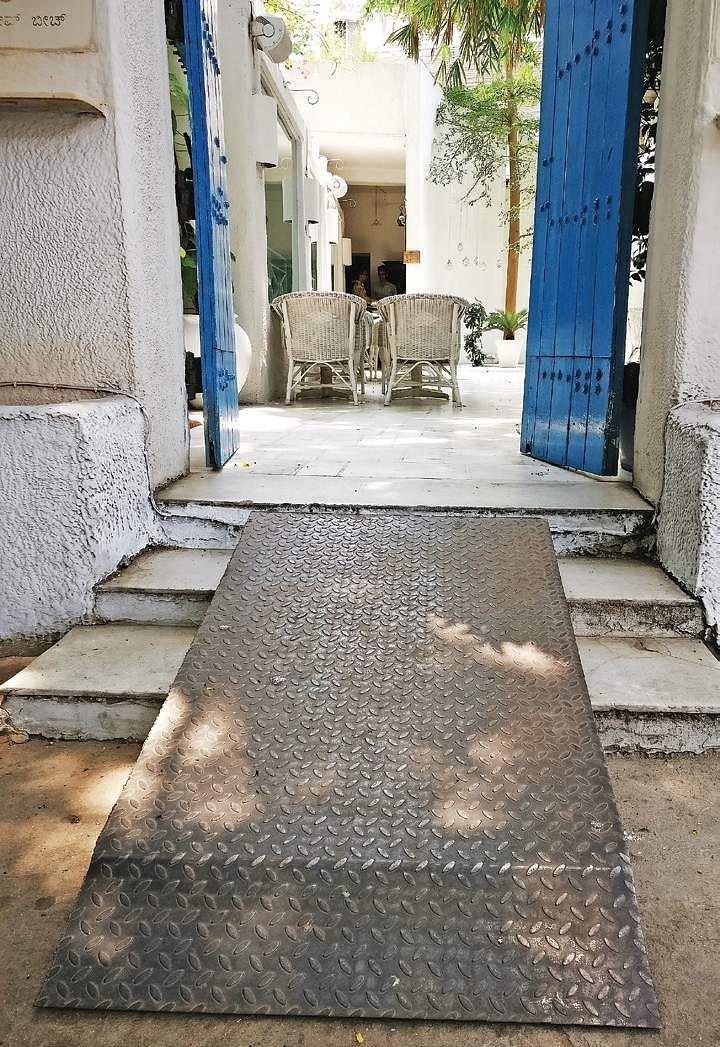 “I am a person who loves to go out. However, I noticed that even though some places say they are accessible, they aren’t. So instead of ridiculing them I took up this initiative. All that these restaurants needed was a ramp,” says Prateek.

As a first step, he sent out a tweet to Zorawar Kalra, owner of Massive restaurants, on Twitter. Soon after, Kalra’s team shot back a quick response, saying that they’d like to meet Prateek. In a couple of weeks, the ramp was made – that was the first impact. “I did not have to raise a petition or campaign for it and yet it got done. After that I approached Big Brwesky, they too got it done smoothly. Once this started I figured it’s not difficult to get things done if you approach the right people,” he says. Four out of the six restaurants Prateek approached have installed ramps. Many more are working on making themselves disabled friendly,” adds Prateek.

“Along with ramps I have also sent specific requests to make sure that the staff is well-trained to cater to  differently-abled customers,” adds Prateek.

While Prateek’s first target were high-end restaurants, he is now focused on mid-priced eateries. “This is my first step towards an inclusive India, and an accessible Bangalore. There is a small wave that’s already been created. This will help look at other restaurants.”

Divyendu Biswas, restaurant manager of Farzi Cafe, says, “The concern was in my mind. At the same time Prateek initiated the process, and we got it done. We have understood the importance of it since then. We need this initiative to be able to welcome everyone to our cafe. We also brief our staff on how to treat these guests.”

Arun Prasanna, general manager of Brig Brewsky, Sarjapur road, says, “Our staff makes sure that the differently-abled are comfortable. Infact we have a special section for them, it’s a good way of serving the community. Even our toilets have been made disabled friendly.”

The Right To Disabilities Act, 2016, Section 3 mentions that “the appropriate government shall ensure that the PWD (persons with disability) enjoy the right to equality, life with dignity, and respect for his or her own integrity equally with others.” Advocate Shakeeb Mohammad says this law applies only to public spaces but there is no mandatory rules to make private spaces accessible. “Post the 2016 PWD Act there have been rules and guidelines which mandate certain compliance requirements which are simply not being followed by everyone,” he adds.