Waai in the name of God

From the west coast of the country, two musicians, believed to be the last torchbearers of Waai music, bring to B’luru some heart-wrenching tunes.

BENGALURU: Mitha Khan and Sumar Kadu have a hard task at hand. After all, they are the only singers left in India, who still perform, what is considered to be the rarest music genre in India- the Waai music. On Saturday, they take to stage to bring out some heart-wrenching notes at Shabad Dhun Laagi ’18 – Songs of the Soul, presented by Bhoomija. 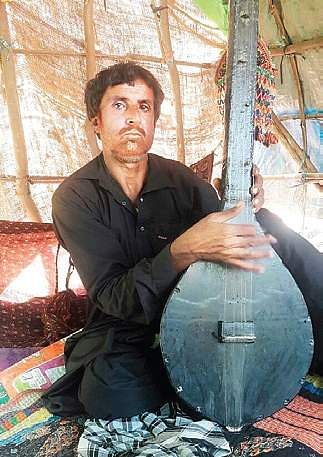 Hailing from Bhagadia, a village in Kutch, Mitha and Sumar are descendants of the Jat Muslims from Baluchistan, who are doing everything they can, to keep alive a dying form. Waai or Shah Jo Raag is a traditional form of the Sindhi-Sufi songs. Poets and Sufi artists from Sindh, including Shah Abdul Latif Bhittai in the 18th century, churned out around 36 poetic compositions in this form.

‘Waai’ literally translates into ‘call’. For example, a singer calls out to his God and puts forth his desires through a form of poetry. And it is believed that the music could be heard from Shah’s ‘mazar’ or shrine which was located in Sindh, in the town of Jhat Shah.

Though Shah Abdul Latif Bhittai’s compositions were later made into a book, his work was familiarised in the village through word of mouth. The music style was mainly part of an earned ‘dua’- an act of worship according to the Muslim tradition.

A complex genre to master considering the high pitched notes, the artists picked up the form from Mitha’s father, a popular singer in the village. With only the Dhamburo (a five-stringed instrument similar to the Tambura) as the accompanying music, the singers say that they are “able to achieve the spiritual form of the music through harmony and purity.” “Tales of love, humanity, life and death are told through these poems. Even stories about old trades such as farming and fishing, are spoken about in these poems,” says Mitha.

What gives Mitha and Sumar a ray of hope is the fact that a few from their village are showing interest in learning this style of music. In fact, some of them are training with the artists. This, the duo considers a huge achievement which in the long run, they hope, will result in a not-so-quick disappearance of the genre. “More than anything, we are here to spread the message of love, peace and humanity through music,” they say.

Catch this duo perform live for the third time in the city, on April 28 at 7 pm at MLR Convention Centre, JP Nagar.