In its fifth year, the CGK fest attempts at attracting theatre enthusiasts from the city and outside

BENGALURU : Watch a few interesting plays at this theatre fest until May 4 at Ravindra Kalakshetra. Ganesh Shetty from Ranganirathara, that has organised the fest, says that the highlight of the festival is the fact that three out of six plays are directed by women.  Katha Padasale, a story-telling session is also being conducted entirely by women, he adds.

“Besides having plays in Kannada, there will also be plays in Tamil, English and also in Bengali this time. Theatre troupes from across the country will be represented in the fest. These are some very significant plays and we have chosen them with great care,” says Shetty. Along with the plays, there will also be discussions with each troupe after the play. Other events planned are the Ranga Vasantha where young theatre artistes will be introduced and stalls will sell handicrafts.

Plays to be staged starting 7 pm
‘Shikhandi’ (English) by FAT The Arts, Mumbai on April 30
The play is about what can be called as one of the earliest trans-characters known in mythology. Shikhandi was meant to be born male to avenge an insult in her past life as Amba. But the bigger karmic game unfolds when she is reborn female, raised male, has a sex change in the forest on her wedding night (thanks to a Yaksha), and finally fulfils her destiny – to be the cause of Bhishma’s death. 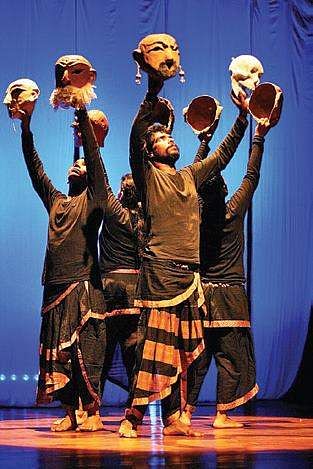 Caucasian Chalk Circle (Kannada) by Theatre Artistry, B’luru on May 1
A peasant named Grusha is forced to flee a caucasian city as a result of a revolt. She saves the abandoned child of the dead governor of the city. Her maternal instincts towards the baby drive her to pass dangerous hurdles and make many sacrifices

Mahabharth (Multilingual) by Katkatha Puppet Arts Trust, New Delhi on May 4
Each character in the Mahabharata is an archetype whose single-minded and unquestioning loyalty to one’s beliefs, leads to the inevitable conflict. The play explores the inner dilemmas and the consequent conflicts we have with each other.

The Transparent Trap (Marathi) by Dhyaas, Pune on May 2

From the day plastic was invented, humans have used it in almost all walks of life. Today, it is an inseparable part of our lives and irreplaceable as well. It cannot be destroyed. It’s non-degradable and has endangered the aquatic, terrestrial and amphibian species, and this is the prime reason for global warming. The play attempts to find a way to get out of this ‘trap’.

Code Red (Bengali) by Project Prometheus, Kolkata on May 3
A psychologist from a mass-grave and a digging team in a warfield is exhausted. He takes a transfer to serve in the army hospital, where he meets a girl who was raped during the war and is pregnant. The psychologist has a series of conversations with the girl to give her hope, to begin life afresh. The whole story runs parallel to the journey of humankind and their ever-lasting quest for hope.