Next six-coach Metro to hit Bengaluru tracks by mid-September

The first six-car was commissioned on June 22 and is quite popular among passengers.

BENGALURU: The city’s second six-coach Metro will hit the tracks only by mid-September. Bharat Earth Movers Ltd (BEML), readying the train set for Bangalore Metro Rail Corporation Ltd (BMRCL),  is on course to deliver it this month.

A highly placed official at BEML said, “Our second unit supply will be made in August. However, integration (by BMRCL) will take another 30-45 days before being opened for public use. This is because all safety clearances need to obtained.” 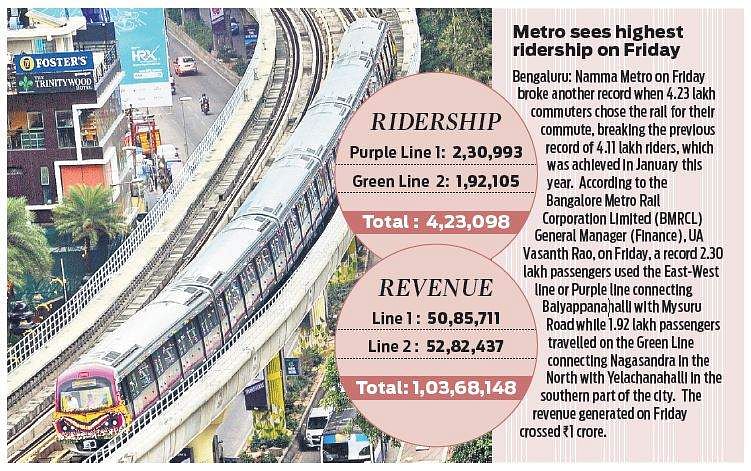 BMRCL MD Ajay Seth said, “We expect to commission the next six-car train by mid-September and another six-coach set by early October.”

The first six-car was commissioned on June 22 and is quite popular among passengers. U A Vasanth Rao, Chief Public Relations Officer, BMRCL said, “BEML will hand over the set to BMRCL by the third week of August and integration will commence. Both Green and Purple Lines are crowded but Purple line is in more demand now, so we are more likely to add the second six-car train to the Mysuru Road-Baiyappanahalli corridor.”

Asked about the impact of the first six-coach train, Rao adds, “It is too early to judge the impact on ridership. By June 2019, we will have all 50 train sets up and running. We expect to see a jump in ridership to about 7 lakh passengers then.”

Transport expert Sanjeev Dyamannavar from advocacy group Praja RAAG says, “It would be advisable to add the next set on Purple line itself. This will complement the platform extension recently done by railways at Baiyappanahalli railway station.”

Now we are on Telegram too. Follow us for updates
TAGS
BEML BMRCL six-coach Metro