Senior officials share how these officers helped crack cases in 2017

BENGALURU: Dogs are most helpful to police, says S Siddaraju, DCP, City Armed Reserve South. “They help us identify culprits easily. As humans, we might forget certain clues but they don’t. They don’t hesitate to go anywhere for clues.” 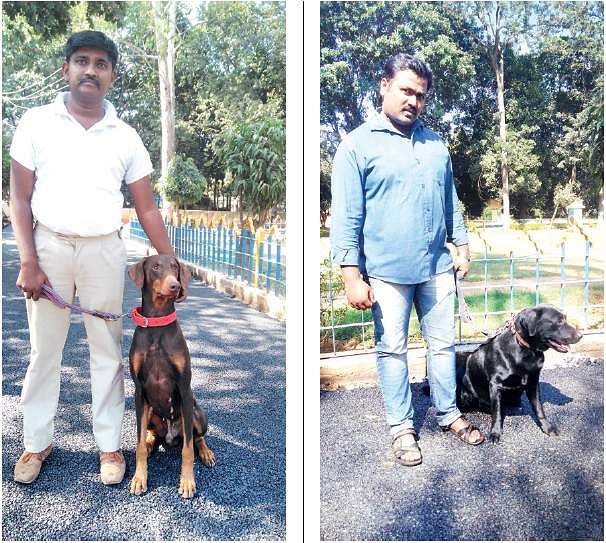 Helped find mobile and identify victim
Jinny who helped police solve a murder case in Electronic City in October 2017 was appreciated by the Bengaluru police commissioner and awarded `5,000. The five-year-old Doberman sniffed the the articles such as bottles of alcohol and slippers found near the decapitated body of an Assamese victim and traced the house of the murderers. “While the body of the victim was being dragged after the murder that night, the mobile phone had fallen off his pocket. In spite of a search, we couldn’t find it. Jinny sniffed and found the phone lying in the grass,” says his handler Dande Gowda. Ningareddy Patil, Inspector, Dog Squad, says, “We could then identify the victim using the details registered with his mobile number. Jinny sat next to the house of the two accused who later confessed to the crime. This is one of the sensational cases of 2017. She was appreciated by all senior police officials and also public.”

Found insider who stole from school
Crime detection dogs Alex and Drona helped solve a theft case of a reputed school in the permits of Sadashiva Nagar police station in March 2017. A security guard of the school had stolen hard drives as he had some grudges against the principal. Ningareddy says, “They found the computer parts buried in the ground after the dogs dug that spot and later took us to the room of the guard.” Alex is handled by Yogesh Naik and Drona by Ravi Kumar.

Hoax threat call busted
Two months ago, a kindergarten school in Puttenahalli, J P Nagar was threatened with bomb blast. The police reached the spot immediately with their bomb detection squad – labradors Mickey and Johnsy. It turned out to be a hoax. After an intensive search by the dogs, they found only a power bank with some wire in front of the school building. The handlers of Mickey and Johnsy are Anand and Basavarajan.