Raise a toast to sarkaari do-gooders of 2017

City Express spoke to residents and asked them to pick their favourite officials. Cops, corporators and health inspectors make the cut.

BENGALURU: While it's common hearing on the shortcomings of government officials in their localities from citizens, it's rare hearing about the hard work some of these individuals put into making our lives better.City Express asked some Bengalureans, who are part of various resident welfare associations (RWA), to recommend an official who has done some commendable work since they took over that position. With the New Year just kicking off and an attempt at spreading positivity, we at CE bring to the spotlight a few of these everyday heroes.

We hear tales of citizens and corporators locking horns to get issues resolved in their areas. But some citizens tell us about the good work their counsellors have been doing, while also maintaining good relationships with residents.Talking about Shilpa Abhilash, corporator, HAL 2nd stage, Minakshi Prabhu (RWA member), says, "Our area has needed a lot of work for the past ten years. Our corporator, Shilpa Abhilash, has been very pro-active, and planning is cinstantly being done. She holds meetings with us and also interacts with us regularly."Abhilash says that her biggest goal for 2018 is to build homes for slum dwellers in a plot of land that is currently under litigation. 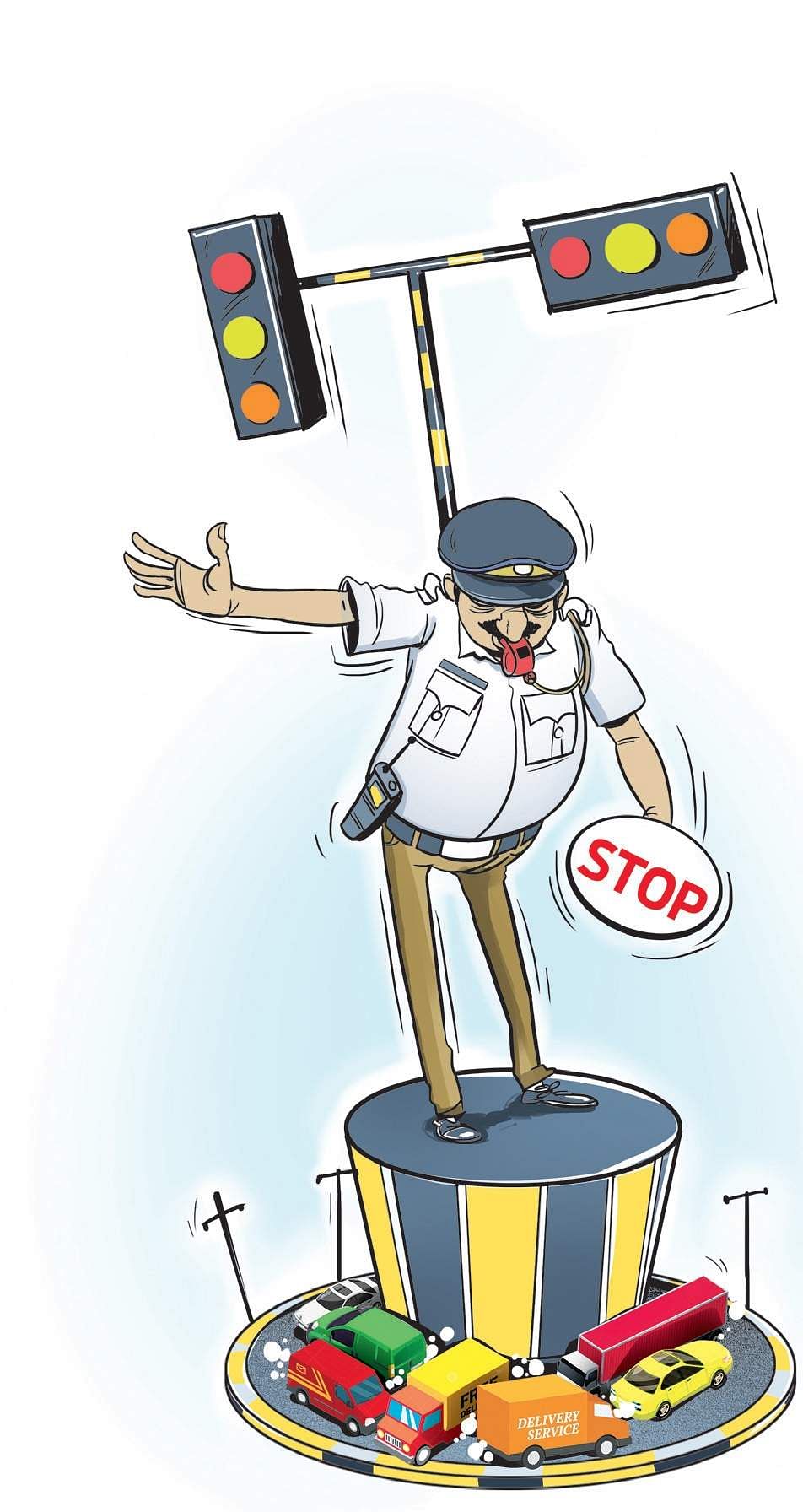 "I also am looking into developing lakes, parks and ensure that the roads in the area are properly tarred," he says.In Hebbal's ward 21, the work of corporator Anand Kumar is being appreciated by residents. Rani, from the RWA, says that the best part about him is that he easily contactable, and doesn't get impatient.He adds, "Our corporator holds meetings frequently, and is actually seen on the roads getting work done. He even gave our association a premises from where we could work out of."

Calling her area's corporator a "true people's man", Aruna C Newton, president, RWA, HAL 2nd stage, says, "Ward 112 has a very diverse demography, and to be able to meet everyone;s expectations can be a challenge, but our corporator, Lakshminaraya, has managed to do so. He is pro-active, approachable, and is friendly. From the clean roads to the well-maintained storm water drains - this ward has many accomplishments to its credit. Of course, there is a lot of work to still be done, but we are confident that our corporator will deliver."

Lakshminaraya, fondly known as Gundanna, says that he goes out on the roads early in the morning and sends a few hours tending to matters. This year, he plans to focus on making roads less polluted, as well as set up rainwater harvesting at different points in the ward.

Vinodh Govindappa, senior health inspector, HSR Layout, ward 174, was also pointed out to us by citizens for his commendable work in keeping the locality clean, healthy and eco-friendly. He says that this year, he plans on ensuring that 100% waste segregation happens at the ward, and also plans on going zero-plastic.  Talking about his dedication in keeping HSR Layout clean, Dr Shanti Choudry from Solid Waste Management Round Table (SWMRT) and a resident of the locality, says that in her six years of working with the BBMP, she has come across three types of officials. "The first kind are the ones who refuse to do any work, they don't enforce any rules, the second type will only act if and when citizens go to them with specific complaints or issues, the third kind, under which Vinodh falls, acts dutifully without having to be told what to do." She adds HSR is one area where people are actually penalized for not segregating or dumping plastic, etc.

She hopes that the BBMP recognises his efforts and rewards him, as this would motivate other health inspectors and also give him the incentive to carry on with his good work.   Getting down to the grassroot level, Chitra Venkatesh, Kumara Park (West) residents welfare association (RWA), says that the maestry for the pourakarmikas, Oblesh, has done a great job of keeping the ward 93 clean. "He has done a good job of attending to the complaints of us citizens. He has a group of pourakarmikas under him, and his leadership qualities are commendable. He listens to us and gets things cleared," she says. In fact, the citizens and the pourakarmikas celebrated the new year by cutting a cake together.  Oblesh says that right now, waste segregation at source is now at 60%, and that this year, he plans on ensuring that this reaches 100%.

Huda Masood, from the Lanford Town citizens association, says that ERO Suhail Ahmed and revenue inspector Vedamurthy, have both been very helpful towards citizens when it came to conducting voter registration camps. "They were also instrumental in getting clarification with regard to Form 7, as it was being arbitrarily used to turn away registrants who had previously registered to vote in another constituency." Speaking to City Express, Vedamurthy says that on January 26, Voter's Day, voter ID cards will be issued after months of collecting forms from citizens. "2018 is election year, and we want to do all we can to ensure and deliver an error-free voter list," he says.

Newton says that Sarji Yogesh of Bengaluru Traffic Police and Bengaluru City Police inspector Ravi Tumkur have both been very positive for Indiranagar. "Indiranagar's growing commercialization has created a nightmare-ish situation on the roads. Officer Sarji Yogesh's dedication in managing traffic in the most challenging of situations day after day has really touched us," she says.  Responding to Newton, Yogesh says that his main goal is to immediatly respond to citizens' complaints so that they feel safe. He plans on seriously tending to the issue of valet parking happening in residential cross roads across Indiranagar this year.  Newton says that Indiranagar has become vulnerable to crime and that Tumkur's assurance of peace of mind to the citizens has reinstated the residents' faith in the police. "Hat's off for his efforts in managing the huge crowds on New Year's Eve, keeping a check on eve-teasing and drunken incidents, and ensuring the safety of residents and party-goers alike," she says.