A 30-year-old unemployed graduate, with a customised underwear, was involved in shoplifting expensive items from malls.

BENGALURU: A 30-year-old unemployed graduate, with a customised underwear, was involved in shoplifting expensive items from malls. He was arrested by Kothanur police on Wednesday.
The thief has been identified as Syed Balli Nehari, a resident of Kammanahalli. His run of stealing expensive items from malls ended after he was caught on a CCTV camera in Decathlon, a sports goods outlet, where he had stolen equipment worth Rs 45,000. 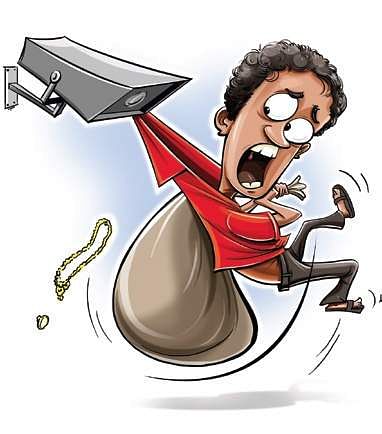 He had stolen riding glasses, torch, binocular and an EyeC camera — a hand-held thermal imaging camera.The police said, “Decathlon manager filed a complaint on Tuesday. The incident came to light when the store manager audited the stock and found the (EyeC) camera missing. Upon examination of the CCTV footage, the manager found Balli stuffing it inside his underwear. An alert was sent to the police immediately. Coincidentally, Balli was trying to sell the camera at the same time and police nabbed him after they got information from one of their sources.”

During questioning, Balli reportedly confessed that he frequently visited malls and shops disguised as a customer and stole expensive gadgets. He was doing this since two years, but was never caught. He started stealing from malls by removing the tags.As time passed by, he got himself customised underwear and jackets to hide valuables.

The police said some owners of malls which Balli earlier targeted had ignored the missing items as they considered those as paltry losses.Balli has completed Masters in Arts but was unemployed.
He started stealing perfumes and shirts to make his wardrobe more colourful.As he succeeded, he continued to steal more expensive items to facilitate his spending.