Bengaluru is no city for small things

City has lost its insect diversity by 75 per cent, because of pollution in lakes and loss of habitat and food resources

BENGALURU: City’s ecology is weakening, and it is showing in the smallest of life-forms. Its number of insect species has shrunk by 75%, over last few years. “There used to be  four million species, but now there would be an approximate of one million,” says Yeshwanth HM, who is with the Department of Agricultural Entomology, University of Agricultural Sciences, GKVK. But why should we care about insects and their numbers? For one,  their population is an an indication of city lakes’ health. If there is a drop in their number and diversity, and particularly as drastic as the one the city is experiencing, then we can be sure that the lakes are dying.

He says, “Mayflies,  Caddisflies, Stoneflies and Dobsonflies are are very sensitive to water pollution, while Alderflies;  whirligig beetles; Dragonflies and Damselflies are more tolerant to it”. While the count of sensitive insects have fallen considerably, the hardier ones are migrating from lakes to other habitats. “Dragonfly numbers are also falling, but if the lakes are polluted, they can fly long distances.

They fly even into South Africa, breeding along the way. Damselflies are migrating  to streams and paddy fields. But an insect like the Giant Water Bug, which we used to collect in plenty, cannot travel or fly far and therefore their numbers have dipped. They are predators and when water pollution kills other insects, they lose their food resource.”

No specimens for study

Yeshwanth says that they noticed this drastic change in the lake ecology, when researchers at the university could not get specimens for their studies.

“We used to regularly go to Hebbal Lake to collect them, but now students come back saying that they can’t find any,” he says. Hebbal Lake was one of the lakes named as restored and maintained in a 2008 report, by researchers with the Bangalore University. 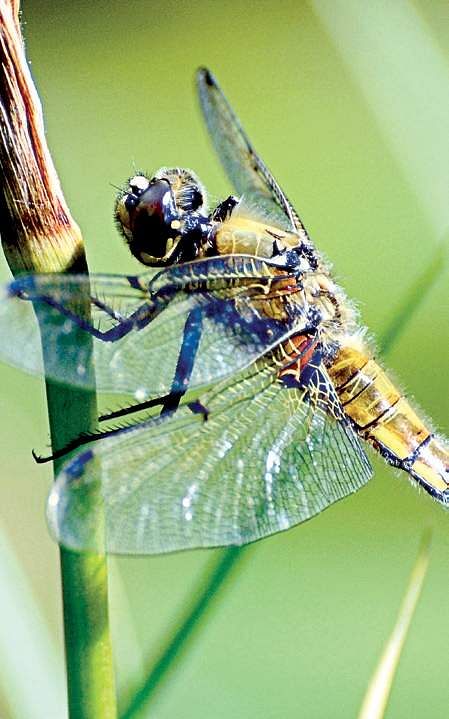 “But even restored and much-better-maintained lakes like Puttenahalli and Kaikondrahalli lakes show a level of contamination and we are not sure where that comes from,” says Manvel Alur, founder of Environmental Synergies in Development or EnSYDE. Yeshwant’s students have tried other lakes in the city as well, like the Jakkur Lake, but came back to report the same dismal picture. “Sewage water should not be allowed to flow into these water bodies,” he says.

The government agencies, chiefly the Karnataka Lake Conservation and Development Authority, have to act but lake expert C Yatiraju has little faith they will. “There have been n number of studies and research has saying that the health of lakes is deteriorating, citing various indicators. They have shown that the COD (or chemical oxygen demand) and BOD (or Biological Oxygen Demand) is high in lakes, which means the lakes cannot sustain aquatic life, including insects. But these studies have not convinced them to effectively stop sewage flows into lakes,” he says.

Insect species are also on the decline because urbanisation has caused loss of habitat and food resources. “Butterflies don’t find enough nectar or larval hosts (like wild weeds or the more domestic Cassia Fistula) and solitary bees have no nesting sites.  Even honey bees are struggling to survive,” he says. These insects are important pollinators and therefore any decline in their numbers mean further decline in plant diversity. The central-urban area is most affected, the other divisions being peri-urban and rural-uran.

Lights in the night-time draw moths to speeding cars, and are even known to affect their growth and ability to pollinate. While Yeshwanth says that moths are not effective pollinators, like bees, the are important to make the ecology more diverse and thus more resilient. “The moths are effective weed killers also and are food for other insects. Without them, their predators could migrate to other regions where food is more easily available,” he says.

What can be done  to reverse this?
More spaces like the butterfly park near Bannerghatta
Bengalureans could have more larval butterfly hosts in their kitchen garden, like citrus and curry leave plants
Grow more nectar hosts such as ornamental and garden species

Wonderland of Insects
The Department of Entomology, University of Agricultural Sciences, is hosting an exhibition Keetavismaya at Dr Babu Rajendra Prasad Convention Hall in GKVK Campus till January
highlights of the exhibition: