Yogesh Master, is a writer, filmmaker and a theatre actor and director who was deeply affected by his nephew’s death due to cancer at a very young age.

BENGALURU: Yogesh Master, is a writer, filmmaker and a theatre actor and director who was deeply affected by his nephew’s death due to cancer at a very young age.The result of this grief was his determination to raise awareness about cancer treatment and on the lack of counseling for the family of patients, through a movie on the subject in both Kannada and English. 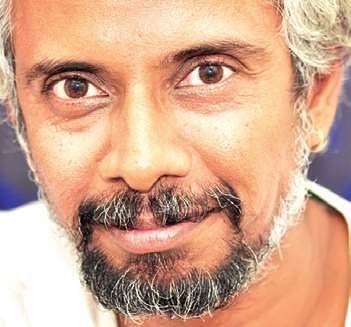 “My nephew had Medulloblastoma (a kind of brain cancer) for around eight years. He died when he was 18 years. I remember conversations with him. Despite his sickness and his young age he would offer these deep into life. He would say that he was not afraid of death since he did not know what it was. It was the suffering that he was wary of,” says Yogesh who had earlier written a novel called Amrutha that is based on his nephew thoughts and experiences. Called Hamsageete in Kannada and Swansong in English, the movie according to Yogesh, “is an extension of my book.”

Yogesh was inspired by his nephew’s view of life and decided also make it a story of hope by also imbibing elements of another story from the Upanishads.This story is of a person who has a conversation with death and gains an insight into life through this endeavour. “I am using this metaphor in my movie where death is personified,” says Yogesh.

Yogesh’s movie tells the story of a girl called Hamsaa who suffers from cancer and wants to know how to go peacefully in death. He also visited the Kidwai Memorial Institute of Oncology where he met a number of children suffering from various kinds of cancer. “These kids do not smoke, drink or have any other bad habits. But they are suffering Even their parents are suffering a lot.”

He adds. “This film should serve as a counseling remedy for families of cancer patients that is seriously lacking. It also touches upon the very expensive treatment for cancer. I don’t want it to be categorised as a documentary, art film or even a commercial movie. I want it to be a ‘bridge’ movie that gives the audiences something that they can use. Obviously, we did not get a commercial producer to back our movie.”

As a result, the director has turned to crowdfunding and has set a target of collecting around Rs 1.25 crore for both movies. For the time being its only family and friends that have come forward to finance the movie however he says he has got assurances from many others for more finance.

The movie also features two other cancer patients - one person from Mangalore who has been suffering from the ailment since the last 11 years and a woman from Bengaluru singer taking part in the movie. We are also taking people who are able to write.