Blow the lid on illegal properties

BENGALURU: The state’s Real Estate Regulatory Authority (RERA) is now goading the public to become whistleblowers in the interest of those wanting to buy properties. It has also set up an online help-desk for public to crosscheck all details about any developer before investing in a property.

The step was initiated on Monday (January 8) on its website. “We are literally calling upon anyone who hears of unregistered projects in their area to convey it to us through a form. It will be confidential and details of the individual will not be released,” a top official said. 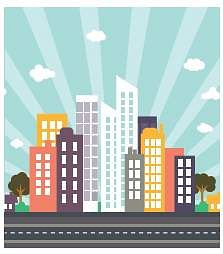 The new feature was introduced on its website (www.rera.karnataka.gov.in) under the headline ‘Report Unregistered projects’.

A list of 1,842 projects, both registered and those not yet registered have been highlighted. It states, “As per the Real Estate (Regulation and Development) Act, 2016, any ongoing or new real estate project (residential, commercial, plotted development/layout, villa or mixed development) with more than 8 units or above 500 square metres of land area need to be registered under RERA.”

A total of 53 responses have been received so far from public about defaulting property developers, the official added.

Meanwhile, the ‘Help desk’ has received more than 100 queries from public seeking assistance about a developer before purchase of properties. “It is a very quick process and the public need to create a login ID for our portal and file their requests. We will have staff separately taking care of it,” he said.

RERA plans to release a fresh list of defaulters list  on Friday.
“The list will be out by 1 pm. We plan to make it a regular affair to update it weekly,” a top official said.

RERA had published its first list of 780 unregistered properties across  the state on January 3. “The list was a big warning bell. As many as 95 property  owners have scurried to the RERA’s office, initiated the process of registration and got their names removed from the ‘Properties under  Investigation’ list,” an official said.

The old defaulters would also be highlighted along with the new list. “A considerable number have  submitted the required documents and the process of registration is under way. Those who are taking steps to redress their mistake have been  left out,” he said.