Dancer sets out to find meaning of life

Inspired by mystical poets, Indu Santhosh has set a piece that does not follow the margam format but uses Bharatanatyam for language

BENGALURU: Bharatnatyam dancer Indu Santhosh attempts her first solo production Sarvaantarah with a lofty goal -- to find the ultimate or the absolute truth of life. Inspired by the works of Akka Mahadevi, Lalleswari and teachings of Adi Shankaracharya, she decided to seek the meaning of life beyond our mundane routine. 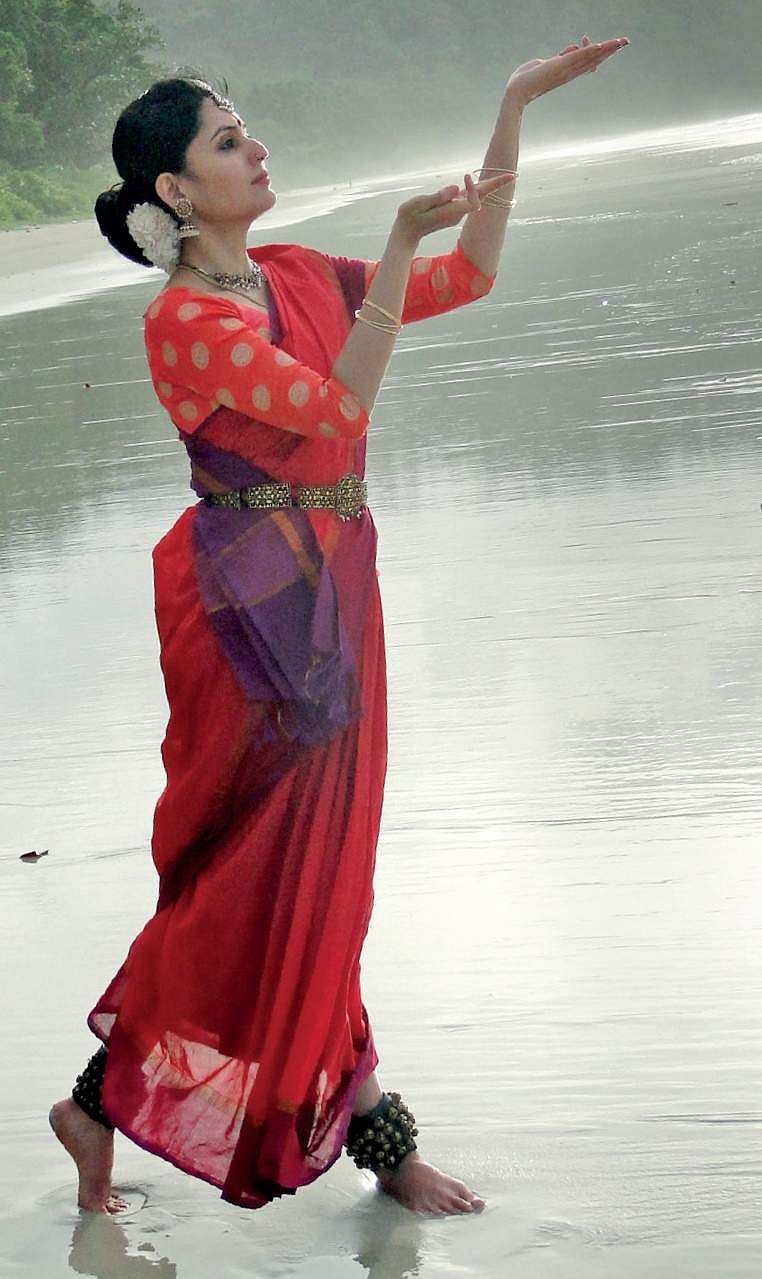 Indu says, “While I was reading their poems and teachings, I realised that though they lived in different centuries and parts of India, there is one common thing in all their works - the quest for the ultimate truth. They sought for enlightenment and achieved it.” In one of her Kannada poems, Akka Mahadevi writes about the state of material life and spiritual seeking.

“She writes she does not care what others think of her, using simple metaphors. In poems of Lalleswari too, you would find one where she says she is unaffected by people’s opinions. She writes she doesn’t care if people call her mad or curse her or even place a lotus on her feet,” says the dancer, adding that these litterateurs always believed that they are nothing, not bound by any societal norms. She says it still holds relevant because many of us struggle against such norms and responsibilities.

Indu has been working on this production for about a year. She says doing choreography for an existing composition is easier since 50 per cent of work is already done. “I sat and discussed with Dwaritha Viswanatha, a PhD holder in Bharatnatyam. We had poems in different languages, so we had to decide how to weave them together so that it doesn’t feel out of syn. My guru Shobanaa Bhalchandra helped me throughout the process. Music is by Karnataka Kalasri D Srivatsa,” she says.

She adds the entire production had to be done from scratch. “A lot of time was spent on conceptualising the production. Also, I faced financial challenges. There is no sponsor. But I got a venue by chance. The sabha had asked me to perform on their annual day and I decided to do the premiere of this show,” she says.

She says she has used vocabulary of Bharatnatyam for the 75-minute production but it does not follow the margam format of the dance form. “I have used a few elements of natyashastra such as charis but it is not a related to the art form,” she adds.Do not miss the performance at Indiranagar Sangeet Sabha on January 28, 4.45 pm.