Indie artistes from across world head to Bengaluru

The second edition of Backdoors featuring some of the biggest artists in the world will be presented by The Humming Tree on February 17 at Indiranagar Club, Indiranagar.

BENGALURU: The second edition of Backdoors featuring some of the biggest artists in the world will be presented by The Humming Tree on February 17 at Indiranagar Club, Indiranagar.

Along with Amnesty International India, Backdoors 2018 aims to shed light on the importance of supporting organisations working towards gender based violence. All profits from ticket sales will go towards the cause. The artistes at #concertwithacause include Anderson .Paak & The Free Nationals (USA), Wolf Alice (UK), Watsky (USA), Danny Goffey (UK), Divine, Prateek Kuhad and When Chai Met Toast.

Anderson.Paak & The Free Nationals (USA)
Brandon Paak Anderson, better known by his stage name Anderson.Paak, is an American singer, songwriter, rapper, drummer and record producer from Oxnard, California. He plays with the band The Free Nationals, who play a variety of instruments such as electric guitar, bass, piano, keyboards and drums and also serve as backing vocalists.

Wolf Alice (UK)
Wolf Alice’s 2015 gold-certified debut album My Love Is Cool was hit No. 2 in the UK charts in June of that year, and No 12 on the Billboard alternative albums chart in the US. Wolf Alice were nominated for the Mercury prize, Ivor Novello Award, a Brit and Grammy, and took an NME Award for Best Live Band. They crisscrossed the UK, the US, Australia, Japan and Europe on the mother of all two-year tours. Watsky’s early career as a poet has impacted everything he’s done since. Whether emotionally raw or subversively comedic, lyrically gymnastic or narrative-based, the emphasis has always been on the words. After winning the National Youth Poetry Slam at the Apollo Theater and appearing on the final season of Russell Simmons’ Def Poetry on HBO, he honed his stagecraft performing on nearly two hundred college campuses. Although he had long been releasing independent, lyrics-driven hip hop, a 2011 viral rap video boosted Watsky’s social media following and led to several talk show appearances. A relentless stream of mixtapes and videos has built Watsky’s fan base, racked up over 250 million total YouTube views, and opened the door for international headlining tours and festival appearances, including Van’s Warped Tour, Outside Lands, Bumbershoot, Soundset and Wireless.

DIVINE (IND)
One of the premier hip hop acts in India, Vivean aka Divine is an award winning rapper and hip hop artiste from Mumbai. With hit singles such as Farah & Jungle Sher, his raw and brutally honest Hindi rap draws inspiration from his own life. His ability to seamlessly fuse street Hindi rap and slang with international hip hop beats is known to make his live, shows power packed. 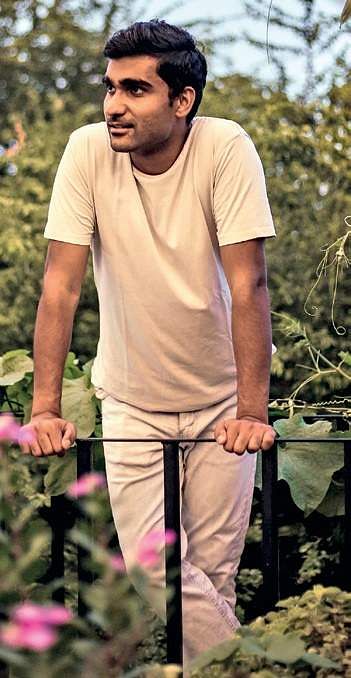 When Chai Met Toast (IND)
When Chai Met Toast takes inspiration from the lighter side of life to create music that is heart-warming, happy and smile worthy. The newest band from the land of coconuts, they gained fans quickly with a special acoustic setup and a new brand of infectious happy music, which is known to transcend age, genre and even language.

Danny Goffey (UK)
Working under the vangoffey monicker Danny Goffey steps into the limelight after spending most of his adult life writing and performing in the Great British rock band Supergrass, penning many of their best songs including ‘Alright’ and ‘Late in the Day’. After relocating from London to Somerset he began writing songs again-about his friends, family and the mad world around. From a small wooden shed in his garden his first ever solo album, ‘vangoffey’ was conceived and these songs started to gain momentum.

Prateek Kuhad
With the release of his debut album, In Tokens & Charms, in January 2015, India born singer-songwriter Prateek Kuhad firmly established himself as one of the frontrunners in the Indian independent music scene. Prateek is popular for recreating a warmth and vulnerability that has now become his signature, effortlessly blending his folk-pop sensibilities with heartbreaking lyrical irony.