BENGALURU: We have heard of many deaths that have occurred due to manual scavenging, yet, in most parts of the country, it is still done due to the lack of other methods. Keeping this problem in mind, a Thiruvananthapuram–based startup GenRobotics, have developed a robot called ‘Bandicoot’, which cleans manholes.It was intitated by a group of  BTech graduates. Every year, a hundred deaths due to manholes cleaning are reported. The students thought about this problem and started working on it.

“ Our prime objective was to do more research on the project and design our robot in such a way that no more men should be made to do this kind of risky work,” says Vimal Govind, founder and CEO. Manholes are designed in such a way that humans can enter it if it gets blocked and needs to be cleaned. “We wanted to convert these manholes to roboholes, where a robot can enter the manhole and clean,” he adds. 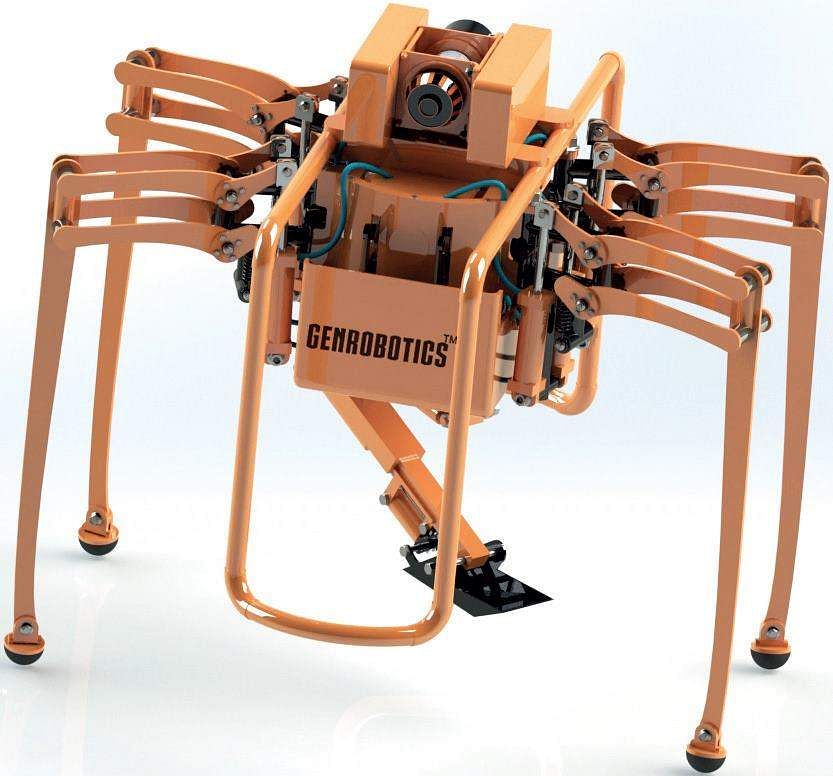 GenRobotics was founded in 2015 by a team of eight members who wanted to create robots that would not require much manpower, especially when the job involves these kinds of risks. Vimal says, “We developed a robot that can be used in two different types of pits, such as the sewer lines and manholes. The robot is shaped like a rat, and can even go inside these heavily-blocked sewer lines and take out waste.”

The Bandicoot has a dual advantage, as it not only cleans the manhole, but also has equipment that cleans sewer lines. The way in which this robot works is quite interesting. This spider-shaped robot first removes the manhole cover through a magnetic system as the weight of the cover is about 80kg and is hard to break it open. Bandicoot climbs down the pit and starts cleaning, and then the waste is collected. For now, this robot is not attached to a vehicle, but the team is working on it.

Vimal stresses on the fact that Bandicoot is a user-friendly robot and it is not made to replace humans. It can be operated by anyone. GenRobotics is supported by the Kerala Water Authority so that they can provide Bandicoots to the state. Presently, the prototype is made of wood. Vimal says that the design will be modified. The trial was conducted inside a lab under the same conditions. Before February 15, a field test will be conducted and more Bandicoots will be made.

Changing the world
■  Founded in 2015, Genrobotics is all set to launch its newest product Bandicoot with just eight members on the team.
■  With the vision to end manual scavenging, Bandicoot is a spiderlike robot which cleans up sewers
■  The robot is developed such that it can clean two types of pits - sewer lines and manholes.
■  The manufacturing cost of the Bandicoot is around `3 lakh to 5 lakh
■  They completed the project with the help of the Kerala Government