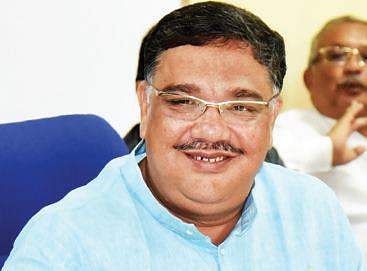 According to the representatives who went to attend the meeting,  “After making us wait for more than two hours, he (Sait) sent a message through his department officials that the meeting has been postponed.”The meeting was to discuss about textbooks for classes 1 to 7 for schools affiliated to the CBSE and ICSE under Section 48 of the Karnataka Education Act. The notice stated the meeting would be chaired by the Primary and Secondary Education Minister at 11am in Sarva Siksha Abhiyan office at KR Circle.

“We were asked to come prepared for the meeting, and along with necessary inputs. But, unfortunately, we were made to wait, and even after a long wait, it did not happen,” said a school management representative.“I observe a new trend in Karnataka. Our minister called for a meeting of selected representatives of CBSE, ICSE associations to discuss textbooks and other issues. It takes about 1.5 hours one way. After waiting, we were told that meeting was called off. Three hours of journey, and loss of productive time. Is it the way educators are respected in other places?” asked Srinivas, who represents Gear Foundation.

Recently the representatives of schools affiliated to the state board had a similar experience.
D Shashi Kumar, general secretary, Associated Management of Primary and Secondary Schools in Karnataka, said, “There is no co-ordination between the minister’s office and the secretary. After waiting for more than an hour, we inquired with the officials at Sarva Shiksha Abhiyan and were shocked to know that the venue was not booked at all.”“This has become his habit. He did not even have the courtesy to inform us about the cancellation of the meeting. It’s a really irresponsible way of handling stake-holders,” he said. Minister Tanveer Sait was unavailable for comment.