The cause of the fire is being attributed to locals burning the grassy land near the lake to get a fresh crop to feed their cattle.

The biggest water body of the city had caught fire yesterday, which was later doused by the fire officials.

According to media reports, residents living on the Yemlur side of Bellandur spotted smoke in the lake known to be full of sewage, chemical effluents and construction debris around noon on Friday. Shortly thereafter, flames started rising.

The Bellandur Lake according to the Karnataka Lake Development Authority is the largest of the 262 lakes and tanks in Bengaluru and accumulates about forty percent of the city's sewage.

Fire department officials are reportedly making concerted efforts to bring the fire under control under the supervision of Karnataka Lake Conservation and Development Authority (KLCDA) officials. 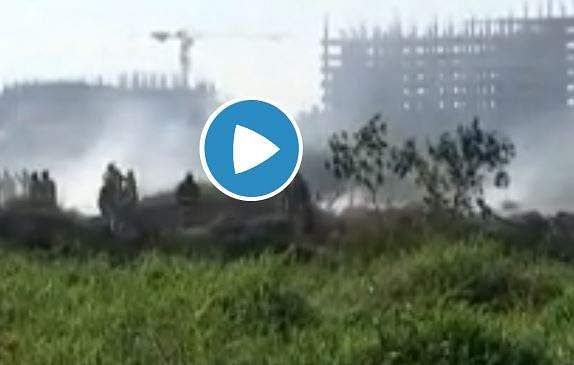 Some areas located away from the waterbody are still burning.