BENGALURU: An accidental fire that broke out in a plastic godown at Nayandahalli on Mysuru Road in the early hours of Sunday posed a grave danger for motorists passing through a nearby subway which got filled with smoke. There were, however, no casualties.

The smoke was so thick that it caused two-wheeler riders to even choke for a while. Even four-wheeler drivers found it difficult going through the subway as the thick smoke reduced the visibility to almost zero. Traffic was thrown out off gear, police said. 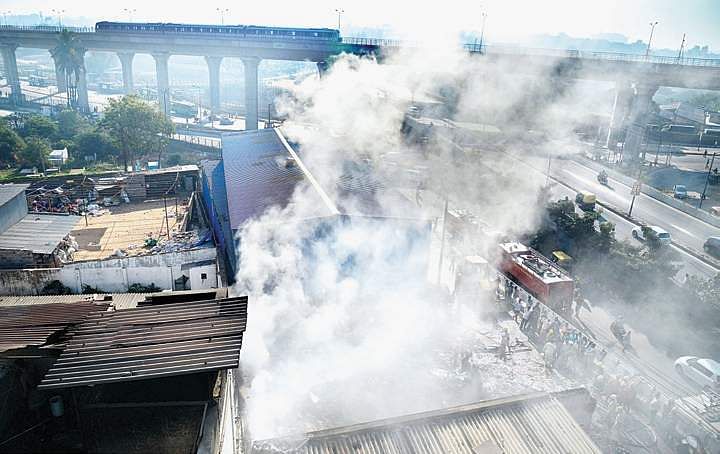 Since there was no electricity supply to the godown, short circuit was ruled out as a cause for the fire. The cause of the fire is yet to be ascertained. However, the police have gathered preliminary information that some locals had started a small bonfire beside the godown to fight the early morning chill and this could have sparked a fire.

A passerby who saw the fire informed fire officials. The fire was doused after a two-hour operation. The owner of the godown was not reachable when police contacted him and his house too was locked, police said.

Stay up to date on all the latest Bengaluru news with The New Indian Express App. Download now
TAGS
subway bengaluru mysuru