List of unsolved cases leaves cops embarrassed; experts say reliance on technology has made them ignore basics of investigation.

BENGALURU: A fairly long list of undetected serious crime cases is staring the city police in its face, begging to be solved. But police investigators and experts blamed the situation on the heavy dependence on technology that is making the police ignore the very basics that old policing benefitted from to solve even the most complicated of murder cases. Experts say that when a crime is committed, the culprit is sure to leave behind a few clues. And when these clues are the simple ones that cannot be detected by hi-tech means -- like tracing the movement of a suspect by tracking his mobile phone usage -- the police have to rely on traditional investigative practices, like having a robust informants’ network. But failing to do so leaves the police clueless as they assume every crime can be detected by using hi-tech means.

Experts say it is likely that this is what has happened to police investigators probing high-profile cases in the recent past. The result is that several murder cases are lying unsolved for more than a decade and the police are as clueless as a layman.Starting from the double murder of ASN Rangan and his wife Vasantha in Jayanagar in January 2009 to the September 5, 2017 murder of journalist-activist Gauri Lankesh and the recent disappearance of a techie, there is a list of cases which have left the cops embarrassed.

“The thumb rule for better policing is to stick to traditional policing, where there is no dependency at all on technology. In the shoe leather and good-old fashioned police work, staff will have a strong network of informants. They were solving even very complicated cases within months. But as time changed and technology improved, even the policemen neglected their basics,” an officer said, adding that technology should just be an aid in the investigation and not the only way to trace criminals.

Another officer said, “Be it traditional policing or technology-based probe, it is really difficult to crack the case if the culprits are first-time offenders or supari killers. In any type of offence, the first course in the probe is to verify details of similar offences and accused in those cases. We have a database of all cases and details of the accused. We may interrogate hundreds of them. But if the criminal is a first-time offender, it’s really difficult to get him. The same applies for supari killers, as most of them are hired from other states (and this is likely to be the case in Gauri Lankesh murder). They just come here, finish the job, and leave. They leave no clues. Also, there will be a chain of persons involved in supari killings, making it difficult for the police to get to the root or the killer.”

GOOD PRACTICES MUST BE FOLLOWED

“Reviewing the unsolved cases is the duty of senior officers,” former DG & IGP S T Ramesh told The New Indian Express. “Once the officer is transferred and a new officer takes charge, he should have the practice of reviewing unsolved cases and know the reasons. He should seek information from investigation officers like who are the suspects, what could be the motive, etc., and then direct them to intensify the probe. If they are transferred, he should update the new IO (investigating officer) about the case and the probe should continue.”

Further, he opined that as the case remains unsolved for years, it would be an advantage for the police. “Generally, a person who commits crime is alert for several months. As days pass by, and as he remains not arrested, he will relax and confident that the police have forgotten the case and would not come for him. The police should turn such a situation to their favour,” he said.

After rallies, political noise, comes the silence
On September 5, 2017, journalist-activist Gauri Lankesh, 55, was shot dead at her doorsteps in Ideal Homes Layout in the posh Rajarajeshwari Nagar by unidentified assailants around 8pm. The next day Chief Minister Siddaramaiah announced that a Special Investigation Team will probe the case. A 61-member team headed by IGP BK Singh and DCP (West) M N Anucheth as the Chief Investigation Officer was formed. The number of staff soared to more than 200 within 2-3 weeks. But there were no concrete leads. As of now, all officers who are in the SIT, are also working at their regular postings. The SIT had come up with three sketches of two suspects, but it did not help.

In fact, it’s still a mystery how and why they came up with a sketch in which the suspect was sporting a ‘tilak’. Although the SIT probed all angles like personal, professional and financial reasons for the murder, the role of a few right-wing organisations were strongly suspected. However, with lack of evidence, the SIT probe has almost hit a dead-end. The murder also led to mud-slinging between right-wing and left-wing ideologues. While persons with right-wing inclinations said Gauri had links with naxals and they could have killed her, leftists accused right-wing organisations of killing Gauri as she criticised them. It’s four months now, but many working on the case say it’s difficult to crack the case. SIT still does not know ho many killers there were. 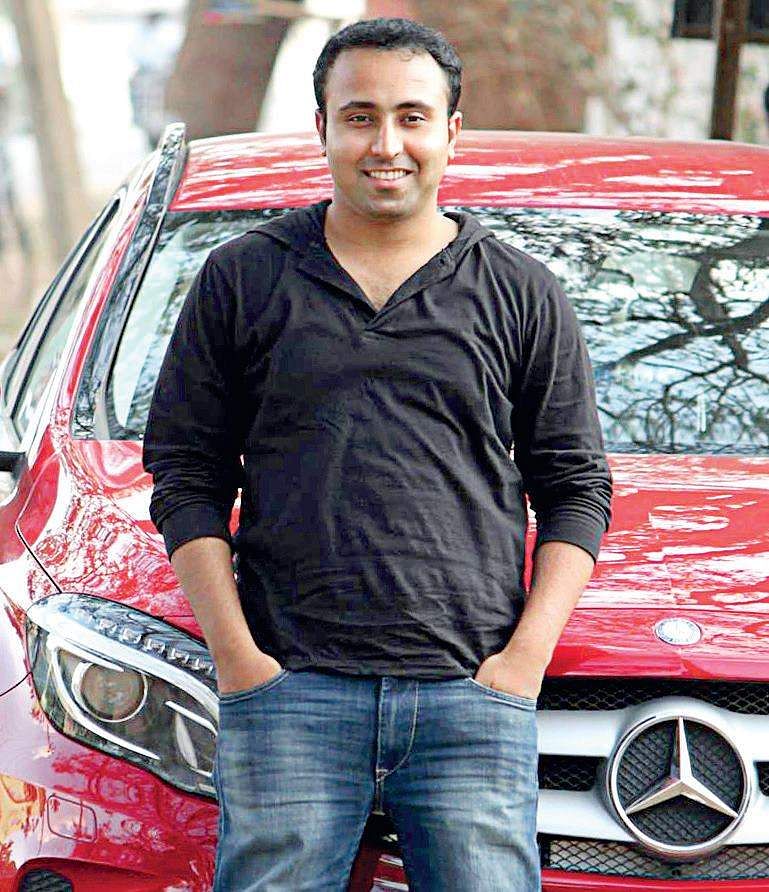 It has been more than a month, but the police have not been able to trace a 29- year-old techie who went missing after he went to show his car to some unidentified men who had wanted to buy it. Ajitabh, a native of Patna, was residing in an apartment in Whitefield along with his friend for six years. He had posted an ad for his car on the online marketplace OLX and was to meet the prospective buyers.

On December 18, around 6.30pm he left his place to meet the buyers and since then he went missing.
Ajitabh had got through an executive MBA programme at Indian Institute of Management, Kolkata and was about to shift from the city, where he was residing with a friend, Ravi, since 2010. He was working in a private software company in Bellandur.

He is said to have put his car up for sale to fund his studies. Despite collecting information and probing various angles, police were not able to make any headway in the case. On the other hand, the family members and friends launched an online campaign seeking public help to trace Ajitabh. His father Ashok Kumar Sinha moved the high court, which, irked by the tardy probe, directed police to constitute a Special Investigation Team (SIT). Police sources says that this is one of the strange cases that they have come across which has no evidence. Police also used drones to search in Varthur area to trace Ajitabh. 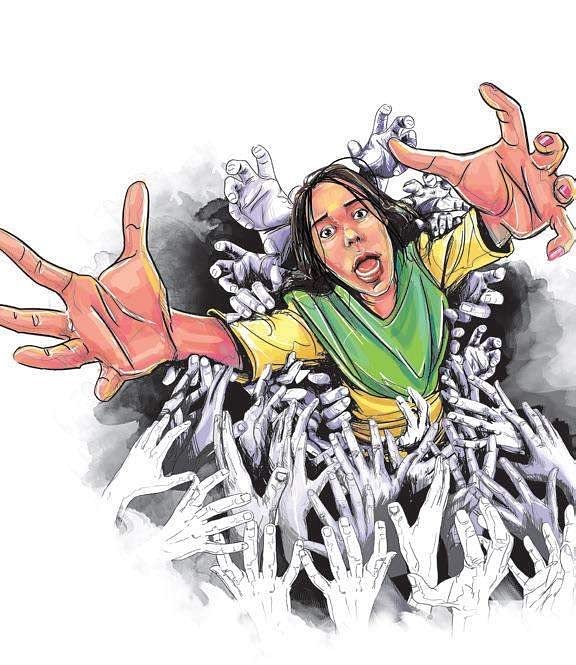 On November 23, 2017, a gang of unidentified men allegedly raped a 23-year-old woman and left her inside an abandoned house in Avadadevanahalli in Anekal. The incident came to light two days later when the girl narrated her ordeal to a woman passerby, who works with an NGO, as she limped towards the main road. The girl was found in a semi-nude condition and the assailants had attempted to kill her after raping her. In her statement, the girl told the police that in order to make sure that she would not escape from the house, the gang had repeatedly hit her legs with a stone.

A special team was formed to nab the accused. But it is two months now, police are no closer to cracking the case than they were when it was reported. The victim was living alone and was working in a hotel as a cleaner and had later joined a factory. Parijatha, the social activist with Sthree Jagrathi Samithi, who found the victim limping on the road, said the gang burned her clothes and documents before fleeing the scene. The girl, who came to Bengaluru from North Bengal when she was just 13, is now in a rehabilitation centre after one-and-a-half-month treatment. After the case was filed, police have made little headway in cracking the case despite the survivor describing the assailants. Efforts by activists and citizen groups to make police act have hit a wall. It’s almost like the cops don’t want to probe the case. 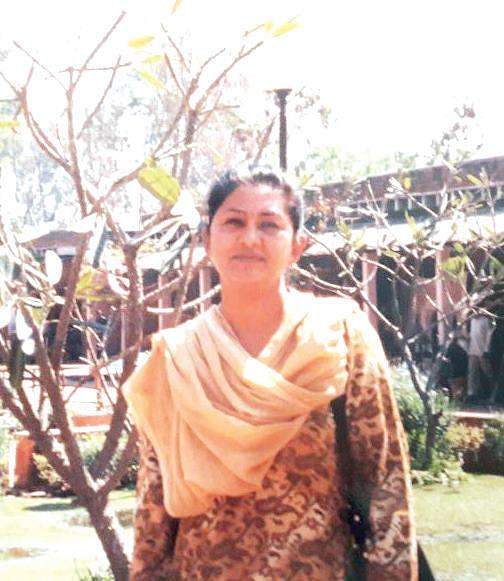 All angles probed but no clues even now
On May 17, 2016, a 60-year old Delhi-based woman, Kiran Singh, was found murdered at her residence in Chikkagubbi in Kothanur.  She was working as a volunteer in Manasa Foundation as a meditation instructor. She used to live alone at her own house after divorcing her husband. Singh was working as an HR manager with several airlines before she joined the foundation. Singh’s hands and legs were tied and a rope was found tied around her throat.

The house maid, who first found her body, had called a doctor who lived nearby before alerting the Kothanur police. During the investigations, the police believed the that murder was the handiwork of a professional killer. They said they had tracked a phone number of the killer who was earlier arrested for killing people living alone in and around Bengaluru.

They interrogated two other members of his gang who are in Parappana Agrahara Central Prison and another person from Tamil Nadu. Later, they discovered that he was not involved in Kiran Singh’s murder. Kiran Singh’s phone and laptop were analysed by a technical team of police wing, and her ex-husband too was questioned by the police. The police even probed the murder-for-gain angle and also personal rivalry as motive for Singh’s murder. But till date, no headway has been made in the case.