Currently, the management of the park comes under the BBMP Standing Committee for Horticulture.

BENGALURU: The iconic Freedom Park will soon come under a new management as the Bruhat Bengaluru Mahanagara Palike (BBMP) is likely to handover charge to the Department of Tourism to develop the venue as a major tourist attraction in the city. 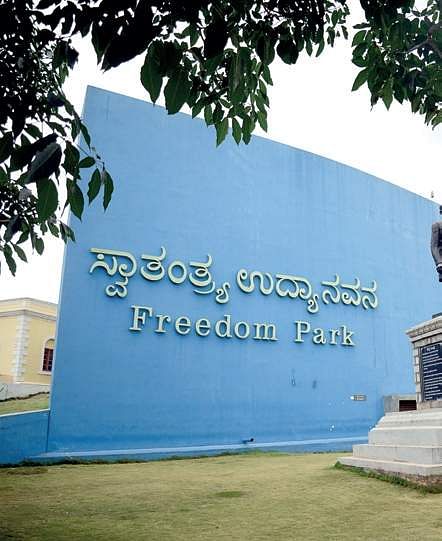 Currently, the management of the park comes under the BBMP Standing Committee for Horticulture. The committee has now passed a resolution to hand it over to the Tourism Department for five years. The matter will come up for approval at the Council meeting on January 29.

Speaking to The New Indian Express, Tourism Minister Priyank Kharge said there is wide opportunity to develop the place into another major tourist attraction in the city. It already has the infrastructure that can be developed.

“There is an amphitheatre where we can exhibit films related to the formation of Karnataka and the freedom struggle. This will be useful for schoolchildren and others. The venue has a watch tower that has historical significance. Not  many from the present generation have seen the inside. There is an art gallery as well.”

The park over the past few years has become a gathering point for protestors after holding demonstrations at MG Statue at Maurya Circle was banned. When asked if this will curtail protestors’ rights, Kharge said his department will just be a curator and it would not mean that the department will take ownership from the BBMP. “Moreover, protests happen outside the Freedom Park and not inside.  We are just developing and want to attract more people. The revenue generated will be given to the BBMP as well,’’ he added.

Stay up to date on all the latest Bengaluru news with The New Indian Express App. Download now
TAGS
Freedom Park BBMP