Stand up for a cause

Three city-based comedians Shankar Chugani, Punya Arora and Jagdish Chaturvedi, are in a mission to help the city’s amputee children in need.

BENGALURU : Three city-based comedians Shankar Chugani, Punya Arora and Jagdish Chaturvedi, are in a mission to help the city’s amputee children in need.  Hoping to raise around `One lakh, the event ‘Stand Up for a cause’ is a fundraiser for the Gift of Hand project of the Aarogya Seva which provides 3D printed upper limb prosthetics, and will facilitate prosthetic hands to six children through the show.Comedian and ENT specialist, Jagdish Chaturvedi, has been inventing medical devices for the marginalised people. Not hesitant to help and being someone who is already in the medical industry, he says, “It is good to be more productive using humour if we can raise money for a good cause.” 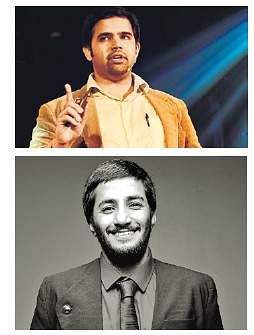 Jagadish will do his own bit of comedy material which will focus on doctor and patient jokes, traffic in the city, relationships and so on. “I am hoping to see more shows such as this promoted in the comedy fraternity. There is a satisfaction when you see genuine smiles on the patient’s face,” he says.
“It will be great if we could use comedy to improve other domains as well,” adds Jagdish.

Punya Arora, a Punjabi by blood, considers herself to be a south Indian by heart. She was part of two fundraisers and says, she’s happy to be a part of her third event. “This is a great initiative and I really hope we can meet the requirements of the children through this show,” says Punya who had also raised funds for the Chennai floods.Punya will also be focussing on her personal experiences, voicing several accents and so on. The show will be held at The Humming Tree on July 21 at 6.30 pm. Those who wish to donate can write to donate@aarogyaseva.org

Now we are on Telegram too. Follow us for updates
TAGS
comedians Gift of Hand project