A six BHK house for Amit Shah in Bengaluru

In 2017, BJP leaders had started looking for a villa for Shah, who will be instrumental in achieving Mission 150 to bring BJP back to power in the state.

BENGALURU: State BJP leaders have zeroed in on a six-bedroom house in a posh locality near Chalukya Circle in Bengaluru for party national president Amit Shah who will be in Karnataka for about two months till the Assembly elections. 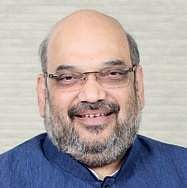 In 2017, BJP leaders had started looking for a villa for Shah, who will be instrumental in achieving Mission 150 to bring BJP back to power in the state. BJP leader and MLC Leher Singh told The New Indian Express, “We selected three houses — one in Dollar’s Colony, one in Kumara Park and another near Chalukya Circle. We are planning to take up the residence near Chalukya Circle. We need to get an approval from the Special Protection Group, after which we get a better picture.”

“Whenever Shah comes to Bengaluru, he stays in the Kumarakrupa guest house. But if the election date is announced, we will be unable to use this government guest house. We need to make an alternate arrangement. The rent will be paid by the state BJP unit,” Singh said. He, however, did not reveal the rent amount.

BJP sources said this house will act as a smaller unit of Keshava Krupa - BJP’s official address in Malleswaram. Important meetings will take place here. The House will have an SPG force, private staffers as well as office staffers. “There will be a Gujarati cook who will prepare staple Gujarati vegetarian food for Shah. He prefers less oil,” a source said. Shah is expected to move in in the second week of March. “Since Parliament sessions will start March 5, he will be travelling to Delhi. We are expecting him to spend three to four days a week here,” a source said.