BENGALURU: Two weeks after being grievously injured in the alleged brutal assault by Shantinagar MLA N A Haris’ son Mohammed Nalapad Haris and his associates, 24-year-old Vidvat Loganathan is all set to be discharged from Mallya Hospital.

Vidvat, who was under treatment since February 17, had recovered almost completely and this is why the doctors treating him had reportedly written a discharge summary on Wednesday.The Central Crime Branch (CCB) team, probing the attempt to murder case, has recorded the statement of Vidvat’s brother Satvik Loganahtan.

“His statement was recorded on Saturday evening after Vidvat’s statement was recorded. He said that Vidvat’s friends contacted him over phone and informed him about the assault.He directly came to Mallya Hospital, where Mohammed Nalapad Haris and his gang assaulted him and tore his clothes. They also threatened him with dire consequences if the incident was reported to the police,” an official said, adding that the investigating team was contemplating on considering Satvik as a witness in the case. 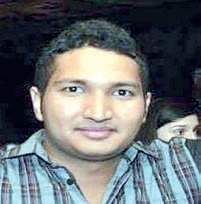 Mallya Hospital had reportedly cleared Vidvat for discharge on Wednesday itself, but the victim’s family was not ready to take him home as they were not convinced that he had fully recovered.There was much debate over the extent of Vidvat’s injuries, which were laid to rest by the sessions court hearing Mohammed’s bail plea.The judge Prameshwara Prasanna had observed that shifting of the victim Vidvat from the intensive care unit of Mallya Hospital to the ward did not lower the gravity of Vidvat’s condition or the case.

ACCUSED TO MOVE HC TODAY
As the sessions court has rejected bail to Mohammed, his advocates are likely to move the Karnataka High Court on Monday, questioning the judgment of the lower court and requesting the High Court to grant bail to him and the co-accused.

Stay up to date on all the latest Bengaluru news with The New Indian Express App. Download now
TAGS
karnataka high court mla

BJD leader, 2 others die in fire mishap in Odisha