Theatre troupe crowdfunds for a play on slavery and ethics of journalism; they hope to draw larger audience, saying people may come to see what they have invested in.

BENGALURU: As several theatre artistes find it difficult to get the general public interested in their shows, one of the production houses, Lebeda Productions, has decided to crowdfund their upcoming theatre production. The troupe hopes that people will come to see what was done with their investment.
The play Kamala is a ticketed event but donors will get at least two complimentary passes, says Rakhi Bose from the production house.Rakhi says the minimum budget for the play is Rs 35,000. The team decided to crowdfund it because they say they wanted to reach more common people. “If you see, 95 per cent of the audience at a play are from theatre background. They would be either actors or directors. We wanted to reach more common people with the message, that’s why we decided to crowdfund,” says Devanand  Mahakud, director and actor. 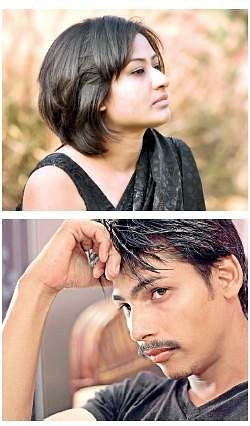 Rakhi adds, “When people pay even a rupee, they want to know how is it being used and hence, we expect them to come watch the play. The major challenge is to reach common people as they think theatres are not as entertaining as films. It is not true. Theatre is entertaining and has a social message too.” Lebeda Productions that has been into making short films and documentaries based on social issues will be staging their first theatrical production Kamala.

Rakhi says, “When we were going through a few scripts, we came across Kamala. This has been made into a film as well where Shabana Azmi played a role. We did our research, read several scripts and realised slavery still exists in India and it is shocking to see that Karnataka, a well educated state, is a hub for human trafficking.” Devanand Mahakud, director, adds that people are brought in from different states in the east, because they are not conversant with the local language and cannot escape easily.

The play is based on a real-life story of a journalist who bought a woman for Rs 250 in 1981. Kamala is written by Vijay Tendulkar loosely based on the story of Ashwin Sarin, a who actually bought a girl from a flesh market to expose the brutal exploitation of women that exists in rural India. In the play, Tendulkar deals with the current issue and points out the drawbacks of investigative journalism.

“In those days, headlines read a buffalo is costlier than a human. I do not know what happened to the journalist, but in the play, different kinds of slavery are shown. The journalist was also a slave to someone who fired him without understanding the matter properly,” says Rakhi. Devanand adds marriage can also be slavery most times as women are expected to come home, clean and cook in kitchen.The play will have six characters. The actors have been finalised and most of the actors are finalised. The Lebeda team feels that the play still holds relevance. The play raises questions on slavery, domestic violence and ethics of journalism.To fund the project, contact Devanand on 88843 06788.

Stay up to date on all the latest Bengaluru news with The New Indian Express App. Download now
TAGS
dramatists