BENGALURU: Every day, we are confronted with boisterous and attention-seeking flexes and banners on the streets of Bengaluru. And this only worsens as polls close in. Ravikumar Shashi, award-winning writer, artist and teacher, has spent the last two years documenting this new form of expression through still photographs.“There is a new trend of senes (army) of various categories putting out flex banners with a purpose to protect their community, be it Vokkalingas or Kannadigas, or film stars such as Darshan and Shivrajkumar,” the Lalit Kala Academy National Award winner told City Express. He was speaking to CE before delivering a speech ‘Flexology — A study of street narratives’ at 1Shanthiroad Studio/Gallery on Monday. 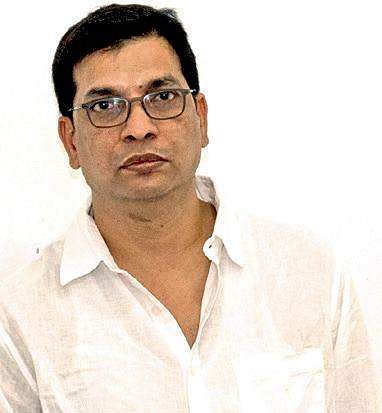 This was part of a series of lectures titled ‘Re-look’, which presents new research in art history, art practice and visual anthropology. They are curated by artist Pushpamala N.“A vast number of senes have been growing in Bengaluru and Karnataka in general,” said Ravikumar, adding that their flex banners are not just “promotional”, but are aggressive as well. Commenting merely as an observor, he said, “ Earlier the senes wer restricted to Kannada Sanskriti Sangha and the like. There is a change in tone, arising from insecurity. The imagery suggests there is a crisis, something that needs to be protected.”

“Be it Kannada protection or that of Gowdas, the banners suggest an insecurity among the people. For instance, Kannadigas are worried about retaining their language, they are insecure about lack of job opportunities for non-English speakers,” the multi faceted artist said. Separated by caste, religion and other identity-based causes, they all are interlinked by  politics. Kumar said that these cannot be separated. Case in point, a senior political leader constantly bringing up the issue of Vokkaligas and Kannadigas. “Closer to the elections, you can see this leader playing the religion, caste and language card. These are partly communal and partly political. They cannot be isolated either,” he added.

Blowing up a struggle
Speaking at Shanti Road Studio Gallery on Monday, he said that one of the aspects of flex banners to be the ‘larger the enemy, the struggle becomes more heroic’ concept.  “The senes cause becomes an insider v/s outsider struggle. Political parties gain by nurturing a victim mindset and locating common enemy,” he said, adding that there is a growing concern about loss of dialogue to resolve issues.  Calling it Flexology, by breaking it down to a proper study and discourse, he said flexes are easier to design as opposed to larger than life-size cutouts. He referred to KN Ramachandran, a famous artist who made cut out banners of film stars and political parties, working through the night for them. “Dominance is expressed in terms of scale”, he said, displaying a large flex with almost a 100 small faces of local supporters and 2 large ones of the same political leader, one on each side.