Parents must inform about kid’s transfer by March 31 or pay Rs 10,000: Private schools

This practice is in violation of the Karnataka Education Act which states that the TCs should be transferred directly by the old school to the new school where the child is admitted.

BENGALURU: Some of the private schools in the city have found a new way to extort money from parents. They are now demanding money to issue transfer certificates (TC) if the parents inform the school about the same after March 31.Some of the parents have approached the Primary and Secondary Education Department. These parents say that if they are going to change the school of their wards from the coming academic year, they have to inform the school about this before March 31, failing which they have to pay a fine of up to `10,000.

This practice is in violation of the Karnataka Education Act which states that the TCs should be transferred directly by the old school to the new school where the child is admitted.The parents are now in a dilemma because they usually decide on changing a school only after getting the results for the current academic year, which will be available only in the first week of April.

One of the parents who received such a circular told The New Indian Express, "My daughter is in Class 6 and the results will be announced on April 7. The school wants me to inform by March 31 if I want to 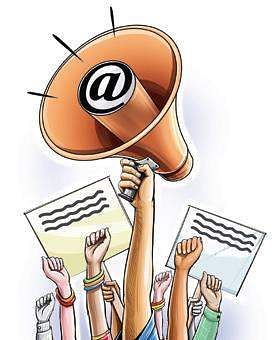 change my child's school. This is before the results are announced. I am afraid of informing them about changing the school because what if they say my child is a poor performer just because I have decided to change the school."

One such circular issued by a reputed school in the city states: "There are several reasons for obtaining such information. One of it is obvious... A large number of new admissions are sought every year in this institution. If the parents have chosen to discontinue his/her ward from the school at the end of the academic year, he or she must inform the management on or before March 31. In event of a failure to inform before March 31, the management will be forced to levy administrative charges of `9,000 towards advances paid for the outsourced programme."