An inquiry revealed that the night duty sentries had seen an army water tanker moving around in the campus but assumed that it was supplying water to an officer’s residence.

BENGALURU: Two jawans at Army Service Corps (ASC) Centre (South) have been arrested for allegedly murdering their colleague over a long-standing personal grudge. The deceased is identified as Pankaj Kumar (26), a native of Uttar Pradesh, while the accused are Murali Krishna (35) and Dhanaraj (25), both from Andhra Pradesh. All the three were sepoys working at ASC Centre (South).

The police said the murder took place in the intervening night of Friday and Saturday last week.  Around 8 am on Saturday, the staff at the ASC Centre found a half burnt body of a male at the garbage dumping yard within the premises. Meanwhile, Pankaj Kumar, who worked as a PT teacher, failed to report to work in the morning. When officers went in search of him, there were bloodstains on the floor of his room.
An inquiry revealed that the night duty sentries had seen an army water tanker moving around in the campus but assumed that it was supplying water to an officer’s residence. 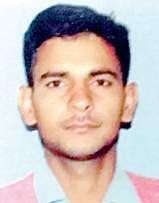 In another development, Dhanaraj, who was on sentry duty for two hours on Friday night, had got admitted to the hospital with an injury in the thigh which he said was due to an accident.

The officers knew about the running feud between Pankaj and Murali, and suspected that Murali had murdered Pankaj. Their superior Subehdar Suren Pawe registered an FIR with the Viveknagar police about Pankaj Kumar going missing and finding a half burnt male body in the premises.

The army officials were sure the body was Pankaj’s. They had also found that Pankaj’s ID card was missing and the inquiry had established that Murali had stolen it to put Pankaj in trouble.

On Saturday afternoon (March 24), Murali was arrested from the ASC Centre. His involvement was 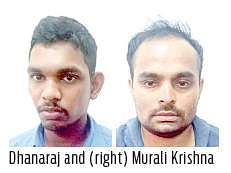 evident as his hands bore burn injuries, sustained while burning Pankaj’s body after killing him, police said. On being interrogated, Murali confessed to planning the murder 10 days before and convinced Dhanraj to help him kill Pankaj.  Murali had served for 14 years and was due for retirement next year, police added.

Pankaj Kumar  was a gold medal winner in an all India competition for PT instructors.