Many are not taking things lying down and are taking a stand whether in their individual capacity or as part of groups.

BENGALURU: Despite the matter of linking the Aadhaar to one's bank account and mobile connection being in the court for a while now, companies who offer such services insist on the same in clear violation of the laws. The Supreme Court judgment on March 13, extending the dates for linking such services indefinitely,  has come as a shot in the arm for those who have been opposing the move right from the beginning.

Many are not taking things lying down and are taking a stand whether in their individual capacity or as part of groups.

Take the case of Eliot Lobo, a city-based freelance writer who went to meet the relationship manager of his bank, a day prior to the March 13 ruling to weigh his options in case Aadhaar was made mandatory to avail such services. So far, Eliot has refused to get an Aadhaar identity for himself. Linking his bank account and mobile connection to Aadhaar was always out of the question for him, he says.

Had the SC judgment  not been in favour of people like him, Eliot says, "I was considering the possibility of taking out all my money from the bank." He says he was receiving emails from his bank on a daily basis asking him to link his account to Aadhaar. Eliot has an account with a private bank in Pune, which he has not yet moved to Bengaluru yet. 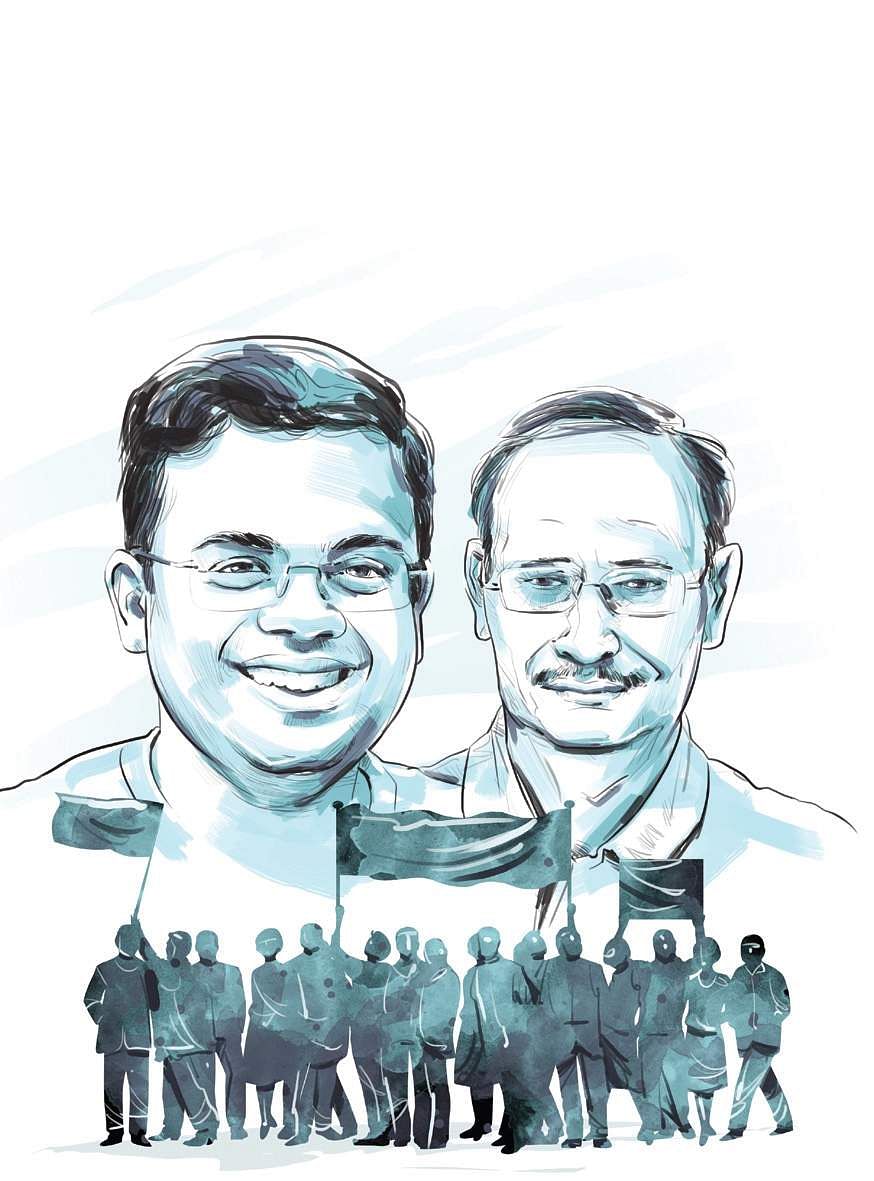 "I asked the manager what the withdrawal restrictions were. He told me that I could move my money through cheques in around two instalments. He understood the predicament of customers like me. In fact, he himself told me that he had not linked his mobile phone to Aadhaar yet," he adds. However, thanks to the judgment, Eliot has put off plans to close his account for the time being.

No to ‘arm twisting’

Another Bengaluru resident, C R Sridhar is a lawyer by profession, who has also been badgered by firms to link his bank account to his Aadhaar. He thinks it's "crude arm twisting" on the part of banks and telecom operators to force customers into something that has not been fully cleared by the courts. On the morning of the day the SC gave its judgment on the matter, Sridhar immediately visited his bank in R T Nagar. "I had to be the one to tell the bank the deadline had been extended. They were sending a lot of messages on my phone and frankly, I was fed up.

I went to a senior manager and told him that I was filing a contempt of court proceedings if they did not stop all this," says Sridhar. The bank finally backed off. He further adds that banks should tell customers about the legality of the issue and not mindlessly hound them.

Others like Kiran Jonnalagadda, a techie and a well-known face in the city against the Aadhaar, joined hands with other like-minded individuals to start a website where citizens can write directly to their MPs, respective banks and mobile service providers in case of continuous ‘harassment’ to link Aadhaar. Called Speak For Me, the website was started four months ago and has become a huge hit.

Since it started till now, as many as 30,700 emails have been sent to MPs, 1,500 to banks, 1,600 to various mobile service providers. "I do not have an Aadhar card but like everyone else, I am also being constantly harassed to link it to various services. So instead of just me sending one email, now thousands are sending their concerns. We have also helped parliamentarians frame questions to ask in the hosue and it's bearing fruit," says Jonnalagadda.

Stay up to date on all the latest Bengaluru news with The New Indian Express App. Download now
TAGS
Aadhaar Aadhaar linking