Room for your pet? Book a year ahead

With number of pets increasing in city, people have to book slots at boarding facilities well in advance; they plan holidays around slots available

BENGALURU : Though the number of boarding facilities for pets has  increased in the city over a couple of years, many people still find it difficult to find a slot for their four-legged friends unless they plan their holidays months in advance. A few even plan holidays for the entire year in January and book slots for their pets at their regular boarding home. Suparna Mukherjee, a marketing professional, says she plans her holidays a month or two months ahead so that she can leave her pet, a black Labrador named Caesar, at his regular boarding place. "I have been leaving him there for over a year now for a duration of seven to 22 days each time. He loves it there and has many friends," she says.

Pet parent Mallikarjun was forced to pick a new facility last Christmas, paying extra for a pick-up service. "They came in to pick Bruno very late. I was skeptical about it. When I picked him up after the holiday, he had several ticks on his body and he was stinking. They had kept him in small, poorly maintained kennels," he shares.The IT professional adds that it often gets stressful for him and his pet when he plans a holiday. "We usually call the maids to take care of him but they do not show up at the last minute. "Then, I have to call someone else and see if they can take care of my pet's basic needs," he says.

Trips can be postponed
Dr Nezhat Patrawalla, proprietor of PetStepin', says that they even have a few regular boarders, at their HAL Old Airport Road facility, who keep slots booked through the year. "We tend to get booked up months in advance during the holiday season. During off season, bookings can be made about two to three weeks prior to the required dates. If, unfortunately, we don't have space, our clients also postpone trips so their pets are safe with us during their stay," she says. 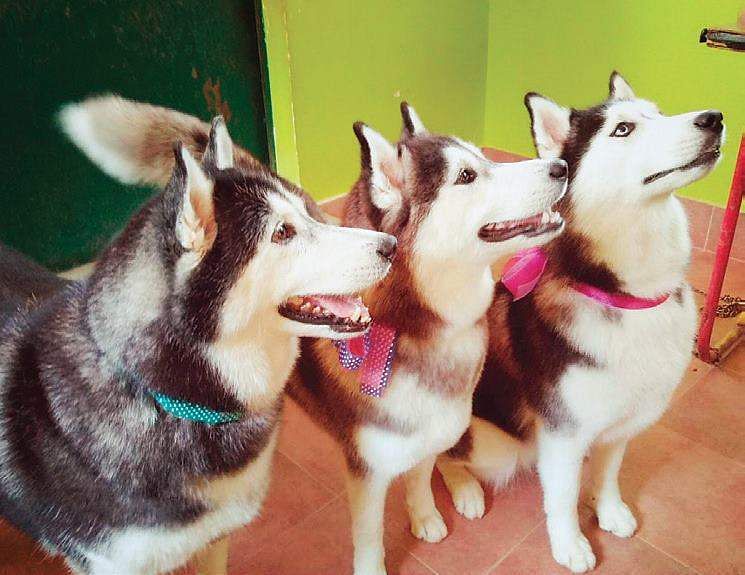 Dr Shrilakshmi Desiraju has three female huskies, Eva, Ayla and Sophie. She runs a pharmaceutical company. She makes sure that she gets the schedules for her conferences and plans for her holidays for the year in January itself. "I go for a holiday from mid December and come back on January 4. I make sure that by January 5 or 6, PetStepin' has the dates of bookings for my pets. I live in Mysuru, but I travel all the way to their facility even if I have to leave my 'girls' for just two days, because they are happy there. Even with emergencies, I give them at least three days time and they manage to accommodate them," she says.

Shilpa Shidaramaiah, who runs a home stay for pets called Sandy's Home, says, "At my facility, one needs to book the slots two to three months in advance. I take only two to three pets as it is a homestay. Parents of two female dogs I am boarding now booked their space two months ago. They book the slots first and then their tickets because they were not sure if they would be able to get space at my facility," she says.

Summer bookings done
Jerusha who takes care of about 20 to 25 pets in her independent house in HBR Layout says if you are planning a holiday at the end of the year, you should book the slots three to four months in advance. "The slots for summer vacations are already full," says the owner of Jeru’s Pet Lovin Vacation Home For Pets.

For Diwali, bookings start in August and for Christmas or New Year, they start by October, says Sunu Thilit, who runs Stay at Zania's on Bannerghatta Main Road. "We keep some space freed up for regulars, but even that gets filled three weeks in advance. For this summer vacation, we had to decline about 15 requests," he says. But looking for alternatives is not an easy task, says Rajeshwari R. "I get many messages asking if I can suggest an alternative place, but it depends on the area as well. Say, if your regular boarder in Hennur is full, you might have to travel to Sarjapur for another facillity," she says.