BENGALURU:Most plays are known for their one-way conversation. But here is one which is attempting to break that norm. Arz Kiya Hai is trying out a different format where the audience will engage with actors by giving them a script to perform. This, they term a poetic theatre performance. 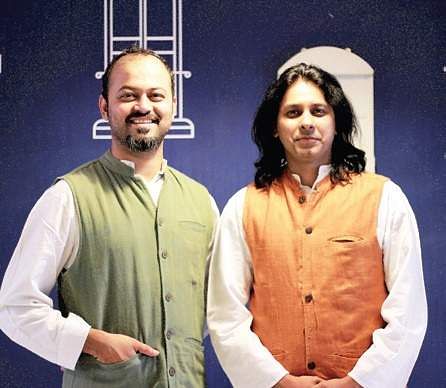 Art Cross Theatre Main is premiering its first play to be performed in this out-of-the-box format. The poetic theatre performance includes a programme conductor/ director, who interacts with the audience, some passionate poets in the audience, and actors to enact the story given by the audience. “The format is about poets and poems and is impromptu at the same time,” says Sumit Acharya, Director of the play and the co-founder of the theatre company. The title--Arz Kiya Hai--is a quote in Hindi or Urdu used by poets as a prefix to inform listeners that he is ready to perform a Shayari (a form of poetry that allows a person to express his deep emotions through words) or Ghazal ( a poetic expression which is a combination of a multitude of emotions, mainly love and pain).

“All poets, poetry-lovers and theatre enthusiasts can join us to share their poems or stories. They explain the background of the story to the conductor, and the actors are trained by us to understand the emotions behind the story. The show is very transparent that way as everything is decided on the spot,” explains Sumit about the show which includes seven kalashayars (actors).

Sumit along with production head Vishal Bhandary, who founded Art Cross Theatre Main.company in 2018, have been in the industry for 13 and nine years respectively. Sumit, who is one of the co-creators of this unique format, came up with the idea while working with his previous theatre company. Sumit hosted the first poetic theatre performance which premiered in 2009 and has since organised over 20 plays in the city. “We know we’ve connected with the public when poets in particular come up grateful that their work has been brought alive on stage. For many in the audience, these sessions have led to some life-changing moments,” says Sumit, adding, “The idea was to combine our own Indian culture and create a new format which gives a different platform for poets.”

Arz Kiya Hai will be performed on May 12 at the Rangasthala, Rangoli Metro Art Center, MG road at 5pm and 8pm.